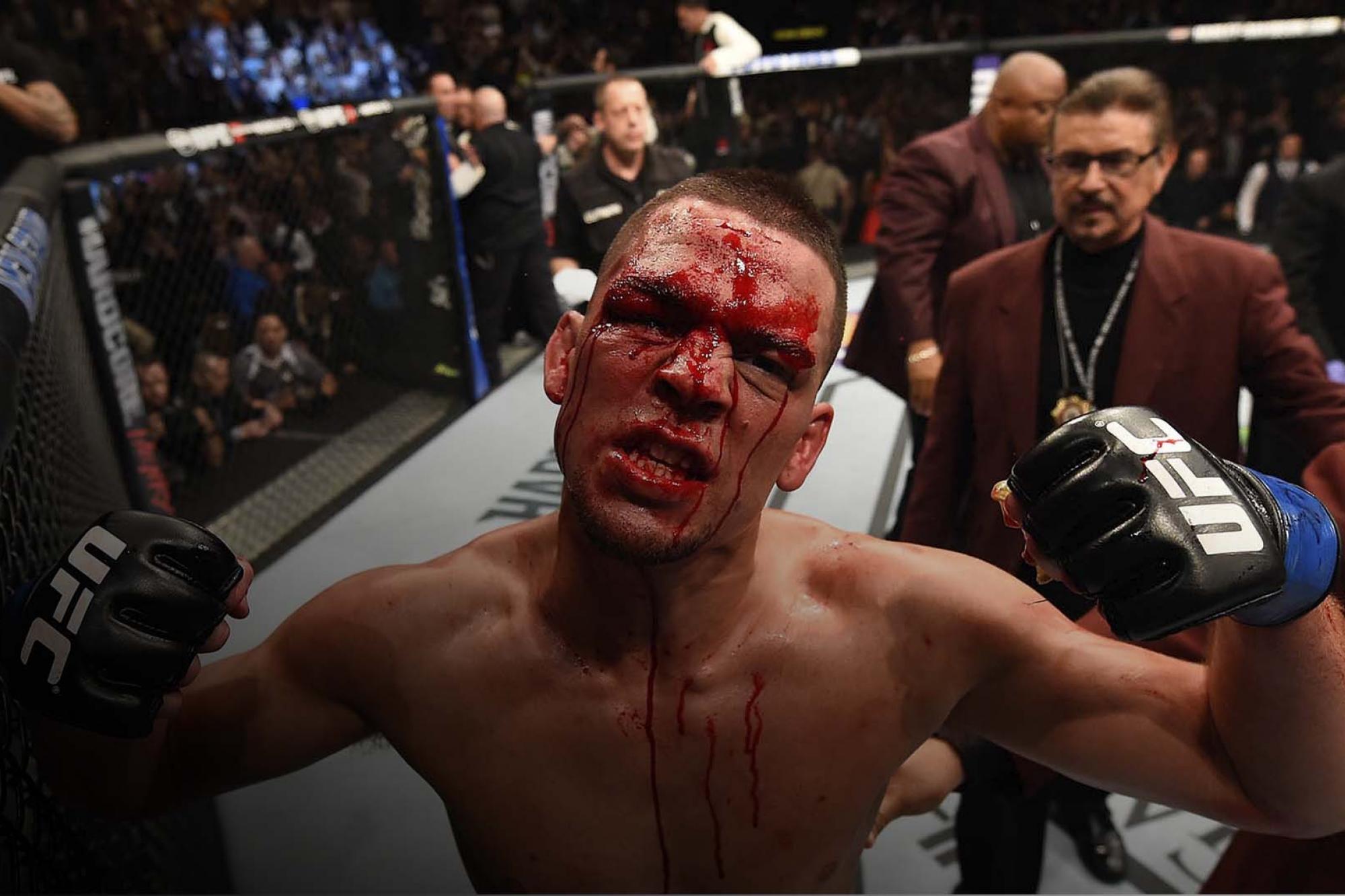 The Road To BMF: Nate Diaz

Four Fights That Helped Make Stockton's Son A Finalist For The Baddest...
By Steve Latrell, on Twitter: @TheUFSteve • Oct. 17, 2019

When Nate Diaz called out Jorge Masvidal following his victory at UFC 241, it was truly a revelation: a fight we didn’t know we wanted became a fight we desperately needed. Once it was spoken into the universe, nothing else would suffice.

No belt on the line? It didn’t matter. For something as #supernecessary as this matchup, a belt would be created: the BMF belt. Few fighters would be deserving of such an honor, but nobody would contest the pedigree on its inaugural contestants.

It’s been a long, wild road for the Pride of Stockton, and as he prepares to enter The Mecca of Madison Square Garden to capture this singular glory, we look back at four key fights that earned him the chance to become the undisputed BMF. 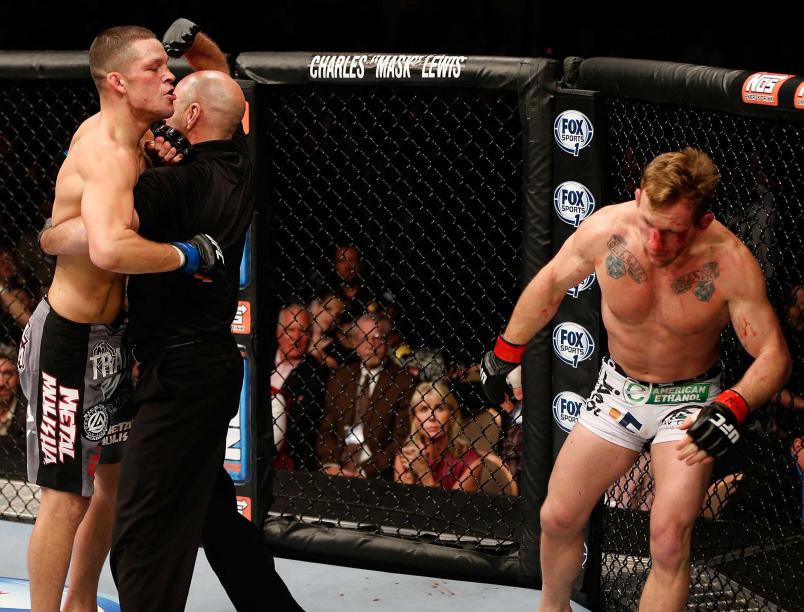 The rubber match between Gray Maynard and Nate Diaz was a personal affair. Diaz had grabbed the Ultimate Fighter crown from Maynard six years prior, with Maynard avenging the loss in a wild split decision that Diaz was sure he had won. Both fighters were in desperate need of a bounce back win.

Given the chance to settle the score once and for all, the underdog Diaz did precisely that. Following a well-placed left to Maynard’s chin, Diaz unleashed a torrent of fists that had Maynard out on his feet. After an uncomfortable, seemingly eternal stretch, the referee finally stepped in and Maynard collapsed to the canvas.

Already famous for a prolific collection of fight and submission bonuses, the effort earned Diaz a new honor: Knockout of the Night. 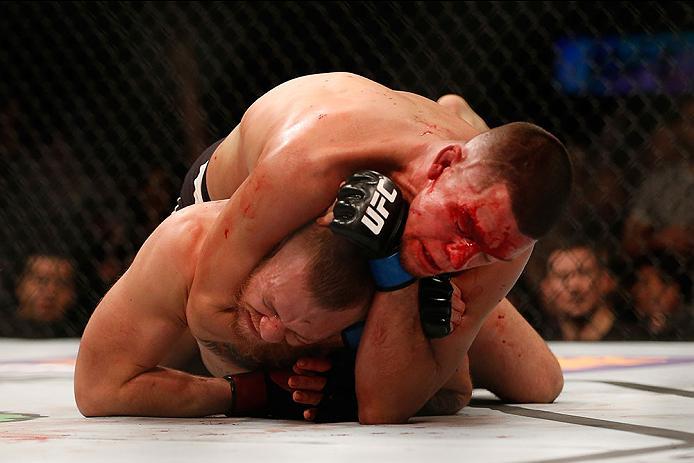 A short-notice replacement for an injured Rafael Dos Anjos, Nate Diaz saved the main event of UFC 196 and shocked the MMA world by doing what few could conceive of at the time: making Conor McGregor look like a mortal.

Rocking the Irishman with a left hand in the second, Diaz smelled blood in the water as he continued to unload with his fists. In a decision he’d probably like to have back, McGregor shot for a takedown in an apparent act of self-preservation, but walked right into the web of the jiu-jitsu black belt.

“You ever see that episode of the Simpson’s when Homer starts boxing and he’s competing and getting his head slapped off him and then the guy just can’t punch him no more?”  McGregor would later ask. “Then Homer hits him and the guy falls over. That’s how Nate was in that fight.”

Order UFC 244 Now For Any Device

If ring rust is a real phenomenon, Nate Diaz didn’t provide any evidence of it in his matchup against Anthony Pettis at UFC 241. Returning to the Octagon for the first time in three years, Diaz looked every bit as spry and lethal as he ever had.

Surviving a very game counter-striking effort from Pettis, one that opened a nasty cut above his eye, Diaz wielded every ounce of his trademark cardio and nearly finished Pettis on the ground and on the feet on multiple occasions. Pettis ultimately survived until the final bell, but as the scores were read, there was zero doubt as to who was the victor.

For the first time in six fights, Diaz wouldn’t leave the building with a performance bonus. But if there had been a bonus for a fan-favorite, old school brawl, the two welterweights would have won it standing on their heads.

In 24 career fights to that point, Jim Miller had never been finished. In his 12 UFC fights, he had never even been taken down. At the conclusion of his main event against Nate Diaz, both of those distinctions would be erased.

Showing no mercy for the hometown hero in the New Jersey showcase, Diaz set to picking apart Miller after dropping him in the first round, giving him a taste of his boxing, his knees and eventually his submission game.

Sensing that Miller had no exit strategy, Diaz began taunting his opponent’s every move with his inimitable Stockton swagger. Miller eventually took the bait, and in a futile final push, found himself locked in the power-guillotine trap Diaz had set for him.