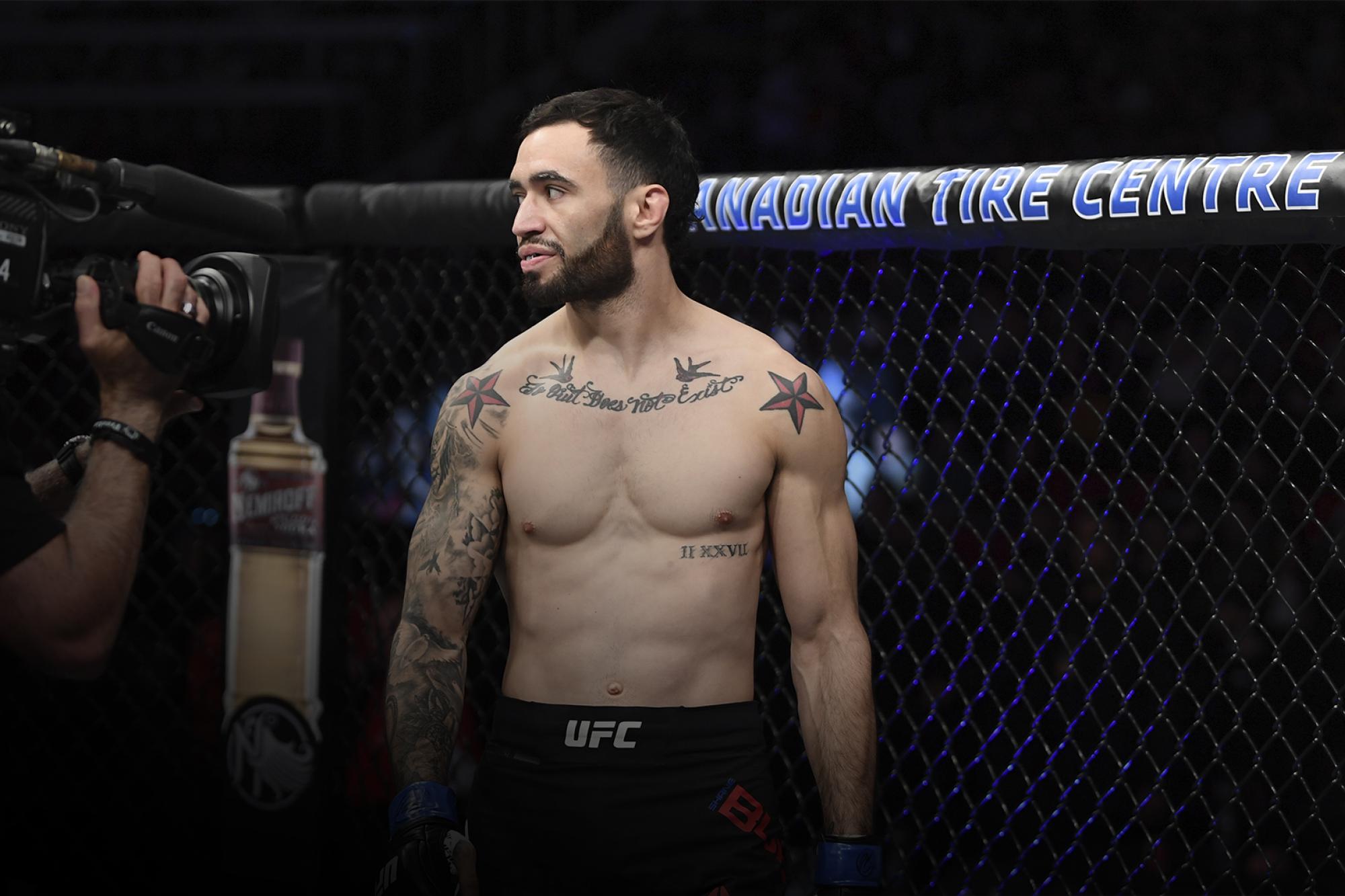 Burgos Hopes To Make An Addition To His Highlight Reel

When Cub Swanson handed Kron Gracie his first loss in Tampa last month, resurrecting his career in the process, some of the loudest cheers for the veteran may have come from the man who last beat him.

“I always root for the guys that I fought after I fight them,” said Shane Burgos, the No. 12-ranked featherweight contender who won a hard-fought split decision over Swanson in May. “When you’re in there with somebody and you go through that war with them, you’re connected to them for the rest of your life. And I never had any bad blood with my previous opponents, especially Cub. I’ve been a fan of his since I was a teenager, so I’m always rooting for him and it was cool to see him stick to that game plan. I was really impressed with it.”

It brings to mind the quote from Boxing Hall of Famer Ray “Boom Boom” Mancini, who said that after a war in the ring he would know his opponent better than their own family knew them because he saw what they had on the inside. I ask Burgos, who has had his share of memorable scraps with Calvin Kattar, Charles Rosa and Godofredo Pepey, if he felt the same way.

On Saturday, Burgos will see what Finland’s Makwan Amirkhani is really made of. Will it be the beginning of a lifelong bond between the two featherweights at Madison Square Garden, or will it just be another quick finish for the Monroe, New York product? You know which way he’s leaning.

“I’m definitely not underestimating him because he’s a really good opponent,” said the No. 12-ranked Burgos. “But I think I have a clear advantage on the feet and I think he’ll try to take me down most of the time. Some people say this is a lose-lose for me – if I win, nobody knows who he is. But a lot of people know who he is in Europe, and if I go out and I starch this guy, a highlight reel knockout is a highlight reel knockout, no matter who you do it to. That’s what I’m looking to do, make a statement off him.” 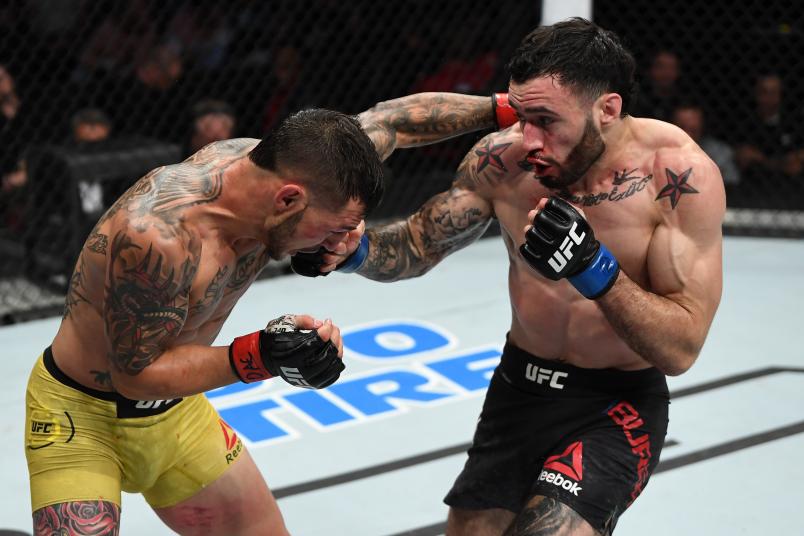 OTTAWA, ON - MAY 04: (R-L) Shane Burgos punches Cub Swanson in their featherweight bout during the UFC Fight Night event at Canadian Tire Centre on May 4, 2019 in Ottawa, Ontario, Canada. (Photo by Jeff Bottari/Zuffa LLC/Zuffa LLC via Getty Images)

WHO IS THE BMF? | Diaz Top Mic Moments | Inside The Octagon

A statement win would put the 28-year-old at 6-1 in the UFC, with his only loss coming in a Fight of the Night scrap with Kattar in January 2018. Since then, Burgos has won two straight over Kurt Holobaugh and Swanson, and while the win over Swanson will always hold a special place in his memory bank, submitting Holobaugh in a little over two minutes in the Garden was just as notable.

“During the fight I put no stock into it,” he said of fighting in “The World’s Most Famous Arena” for the first time. “At the end of the day, it’s just an arena, just a place where I’m gonna fight and whether it’s front of 18,000 people at Madison Square Garden or in somebody’s backyard, it really doesn’t matter, and I can’t put too much pressure on myself to care too much. But right after the fight, I sat back and said, ‘Wow, this is pretty crazy.’ (Laughs) I sat and watched the rest of the card from one of the boxes and it was awesome to say I just did that in one of the most iconic arenas in the world.”

Now he’s looking to do it again, then celebrate his three-year anniversary as a UFC fighter in December. It’s been quite a ride thus far for “Hurricane Shane.”

“As corny or cliché as it sounds, I’m living my dream that I’ve wanted since I was a teenager,” he said. “Not many people can say that, let alone go out and do it. I said I was gonna do it, I did it, and I’m living it and embracing it. I love my life.”