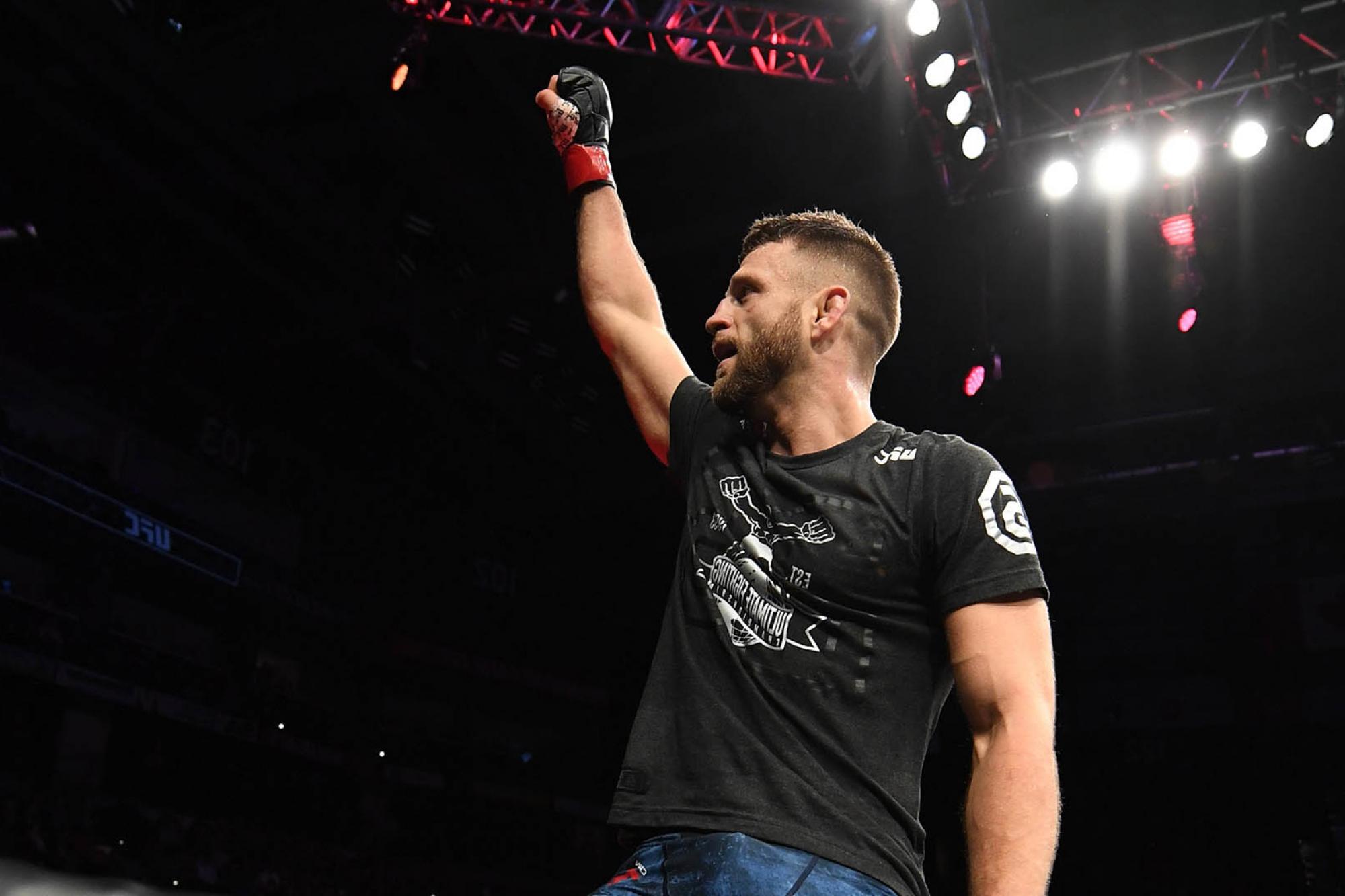 "Some guys just rise quick, and I’ve taken every opportunity that I could get in front of me and it’s led me to this point."
By Thomas Gerbasi, on Twitter: @TGerbasi • Nov. 7, 2019

Calvin Kattar isn’t going to lie. When it was announced that his bout against fellow featherweight contender Zabit Magomedsharipov was being moved from Boston to Moscow, he had to pop on Rocky IV for inspiration.

“Day One,” Kattar laughs. “It was awesome. I love it. I feel like I’m living a Rocky IV movie.”

It’s a normal reaction. The American underdog going to Russia to fight the seemingly unbeatable Russian. But the question is, will Kattar give a post-fight speech that lives up to the one delivered by Rocky Balboa after his victory over Ivan Drago? 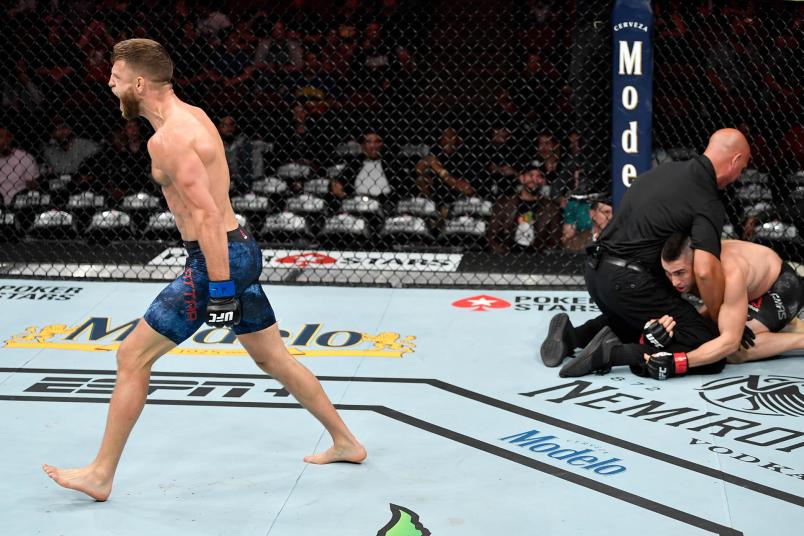 Vs Lamas at UFC 238 (Photo by Jeff Bottari/Zuffa LLC)

“There’s a lot to talk about after the fight, but you’ve got to earn that opportunity,” he said. “I try not to lose sight of that. To get that microphone, I’ve got to earn it.”

That blue-collar attitude has been a trademark of the 31-year-old New Englander’s career, and it’s led him into the featherweight top 15 on the back of four Octagon wins over Andre Fili, Shane Burgos, Chris Fishgold and Ricardo Lamas, with his only UFC defeat coming against Renato Moicano in April 2018.

If it seems like a whirlwind to go from the prelims at UFC 214 to a headlining gig in Moscow, it is, but Kattar is holding on and taking it all in.

“This UFC ride has been a trip,” he said. “I’m enjoying every step of the way and what an opportunity this is to put another feather in the cap in life experience. I’m going to Russia and living out a Rocky IV movie, but the people that know me and the real fight fans know that he (Magomedsharipov) has got a tough fight ahead of him. I’ll give him the respect he deserves for taking it, but he signed up for the wrong fight.”

As for his readiness for a moment like this, which could conceivably put him in the title picture if he beats the No. 5-ranked Magomedsharipov, he’s more than prepared.

“I feel like it’s my time and it’s the right timing,” said Kattar. “I’m 31 years old, and I didn’t ask for an opportunity like everybody else when I was first starting out. I felt like I waited until I was ready and now I’m making a strong run. It’s been a quick turnaround, but look at (UFC middleweight champ Israel) Adesanya right now. Some guys just rise quick, and I’ve taken every opportunity that I could get in front of me and it’s led me to this point. And as far as the moment being too big, I don’t think it is. I think I’m ready for it and I’m excited to go and prove why I belong in this position.”

But what about a possible title shot at 145 pounds in 2020? Champion Max Holloway is defending his crown next month against top contender Alexander Volkanovski. The No. 2-ranked Brian Ortega will probably have to win a couple fights to get back to a title shot, and the next time we will see the third and fourth-ranked Jose Aldo and Frankie Edgar, they will likely be at bantamweight. That leaves Zabit at number five, and Kattar is gunning for him. But that’s all he’s gunning for right now.

“That would be a beautiful thing,” Kattar said of a shot at the belt. “But I keep that Bill Belichick mindset. We’re on to Russia, we’re on to Zabit. We handle business there and I’ll be sitting in a good position for what’s next.”