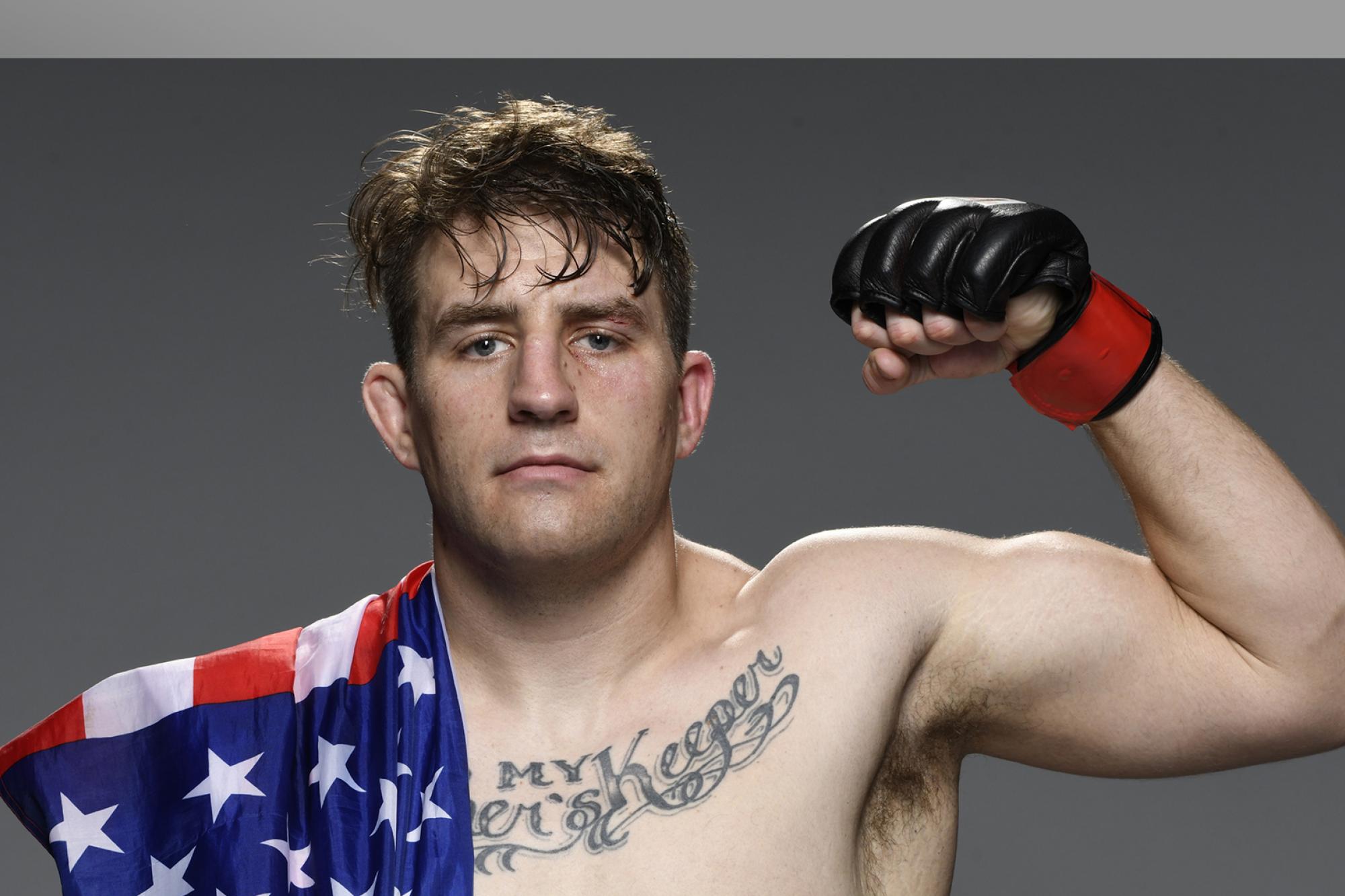 After securing a first round knockout in his UFC debut, Chris Daukaus is ready to make a splash against Rodrigo Nascimento at UFC Fight Island 5.
By Gavin Porter, On Twitter @PorterUFCNews • Oct. 8, 2020

Chris Daukaus’ wife, Kelly, has been giving him a hard time in the lead-up to his upcoming UFC Fight Island 5 bout against Rodrigo Nascimento.

Not because the heavyweight has been spending too much time training or because he’s had to travel to Abu Dhabi for his sophomore UFC bout, but because, for the first time ever, she sees her husband starting to get abs.

“I was a bigger heavyweight, but I was just fatter; I actually have abs a little bit for this fight so it’s weird. My wife was making fun of me about it,” Daukaus chuckled as he spoke to UFC.com. “We’ve been together since we we’ve been 18 and I was close to 300 pounds before I started fighting, so she’s never really seen me with any abs or anything like that. She’s on vacation right now with my son and she’s telling me about all the foods she’s eating and I’m saying, all right, but I’m coming back with abs, so I don’t really care.”

But the 31-year-old Daukaus quickly adds that she shouldn’t anticipate his transformation to last for too long.

The main reason behind Daukaus’ budding six-pack is that he believes his biggest weapon is his gas tank. At UFC 252 we saw Daukaus (9-3) implement his high volume, high pace strategy against Parker Porter to perfection.

Daukaus, who works full-time as a police officer in the Philadelphia Police Department, was able to finish Porter by knockout in the first round of their bout. It was an impressive UFC debut for Daukaus, especially considering he took the bout on just 10 days’ notice.

Taking the fight on such short notice didn’t give the first-time UFC jitters much time to settle in, and even though he admits that the last few months have been a whirlwind, Daukaus is ready to prove that he’ll shine bright yet again on Saturday.

“It’s just a different cage now. That’s all it is. That’s how I’ve been looking at it and it’s been working out pretty good,” Daukaus said. “It was kind of short notice, so I didn’t have time to go through a whole training camp thinking, ‘Oh my God, I’m in the UFC now’. With this camp it hasn’t been much different; I’m just trying to get that out of my head as best as I can.”

By approaching his second UFC fight as if he’s already seen it all, Daukaus feels like he’s more than equipped to hand his undefeated opponent his first career loss in the Flash Forum.

“I expect him to come out and test the waters on the feet for a little bit, maybe a couple of minutes, the first big exchange where I land solid on him he’s going to go back to what he does and it’s going to be taking me down and trying to choke me out,” Daukaus said of Nascimento (8-0). “That’s it.”

Daukaus is confident that with his capabilities and the coaching he’s received from head coach Will Martinez, he is more than ready to handle Nascimento’s skill set. If his vision of how the fight plays out goes according to plan, he believes he’s going to be a major problem in the division and that push begins now. 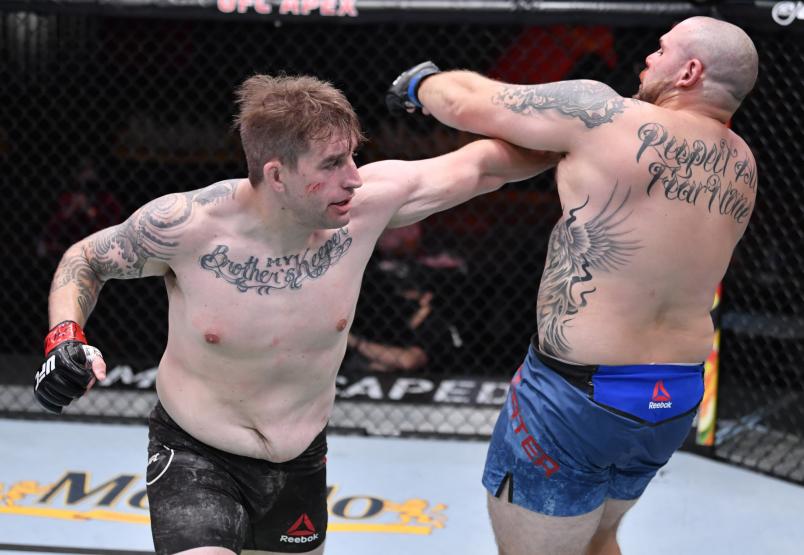 “All the heavyweights, like I said in my UFC 252 post-fight interview, they throw big bombs,” Daukaus said. “You have to just weather that storm a little bit and then you come out and you pick them apart because my gas tank is that much better than all these guys.”

We will see if the (other) heavyweights can keep up, but I don’t plan on them keeping up so it should be good.”