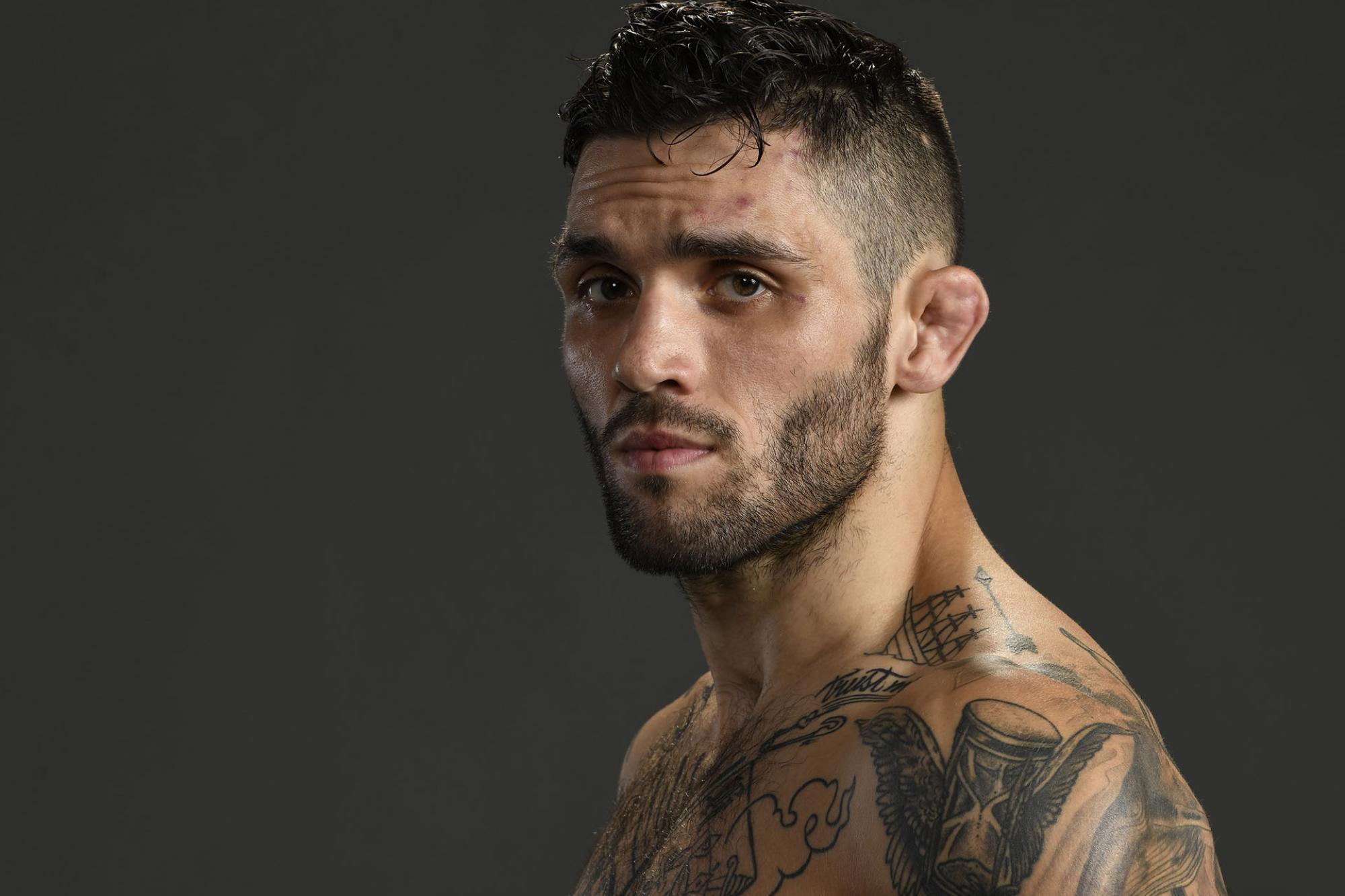 Every interview recording on my phone is laid out as a sound wave, with the bursts along the track growing in size as the speakers’ voices grow louder. Traditionally, the rise and fall of those files is relatively even — short blasts that rise to a peak and fall back down, separated by a brief blip with no discernable movement where the next question is being queued up or the subject is taking a second to consider their answer.

The sound wave that is generated when speaking with Gavin Tucker is decidedly different because the Canadian featherweight speaks in a soft, even tone that is uncharacteristic of someone who plies his trade inside the UFC Octagon.

“I’m myself in there, probably to a fault, but I’m not going to apologize,” Tucker said with a laugh while discussing an in-fight conversation he had with his coach Peter Martell during his last bout with SeungWoo Choi at UFC 240 last summer in Edmonton, Alberta. “This is me, and the idea of me getting wrapped up in a character someone created for me is something I’m not very interested in at all. 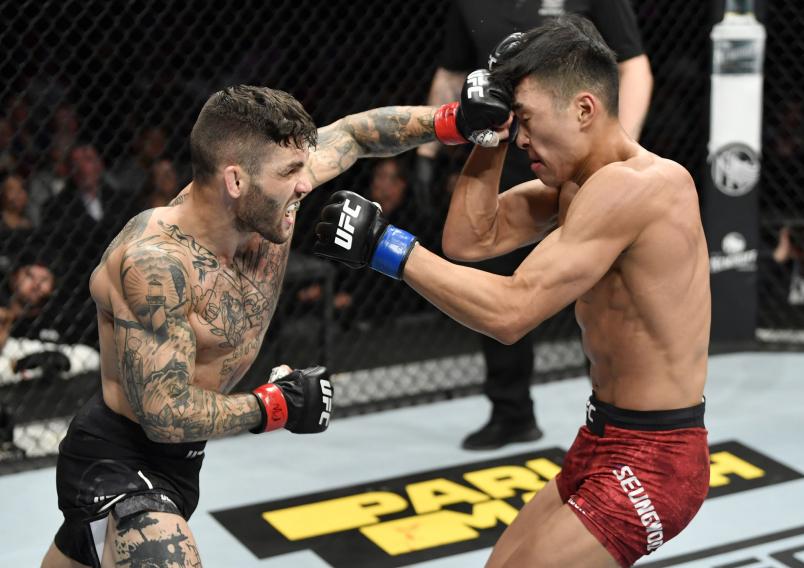 There is no judgment in his voice when he speaks about fabricated personas, nor does he waste any time referencing specific competitors who actively play a part in order to garner attention because none of that stuff is of any interest to Tucker.

All he’s interested in is developing his skills as a martial artist and testing himself inside the Octagon, and after a little more than a year of doing the former, he’s eager to do the latter again this weekend.

Saturday night, the Newfoundland native steps into the cage with Justin Jaynes in a clash between a pair of talented 145-pound hopefuls looking to build upon strong finishes in their most recent outings.

“I know he’s a puncher-wrestler,” he said of Jaynes, who scored a 40-second stoppage victory over Frank Camacho in his short-notice debut seven weeks ago. “He’s brought up his own power before and people are impressed by power, but for my striking mindset, I’m not impressed by power.

“We all have power in the UFC. If you swing from the hip — or in some cases, the shoelaces — of course you have power. I know at certain points it has the potential to get dirty and people haven’t seen me get dirty, but I’m very capable of getting very dirty and I can do it from either stance, lefty or righty.

“For me, I’m going to do my best to turn it into a martial arts fight, not a street fight, but if it goes there, I’m going to unleash the hounds, as well.” 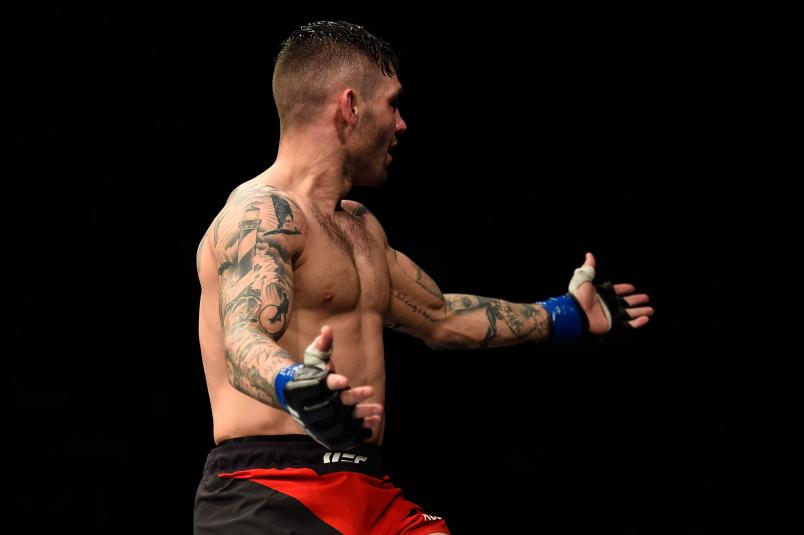 Because you don’t often get the kind of frank, straightforward answers Tucker offers, some may misconstrue his “this is how I see it” approach as dismissive or even conceited, but that would be a mistake, because it genuinely has nothing to do with anyone else.

The 34-year-old fighting out of Halifax, Nova Scotia is intensely focused and worried exclusively about himself — not in a “self-important, I can’t be bothered with anyone else” way, but in a way that highlights the commitment and dedication he has for his craft and how growing from a fighter to a martial artist has had a profound effect on him.

“I’ve lived a life before this in different occupations, from music on through, and this is something else,” Tucker said of his mixed martial arts journey. “This is the kind of thing that really reaches into you, into spots you didn’t know were there.

“For me, I spent most of my time coming up as I was doing different fights as a fighter, and then slowly, I’ve grown into a martial artist,” continued the 12-fight veteran, who has gone 2-1 over his first three UFC starts. “Now I feel I’m that first — I’m an athlete as well, but a martial artist first — and slowly, every fight, I get to go out there and get a little closer to that; closer to that self-image that I see.”

Tucker’s transformation from fighter to martial artist is a familiar one, and heading into this weekend’s clash with Jaynes in Las Vegas, the East Coast standout believes he’s on the precipice of taking a major step forward in his career.

“Those are tough questions because it’s not entirely my decision, but my optimistic response is that I’m just really getting started this year because I want to be able to create some momentum,” he said when asked about where he sees himself a dozen fights into his career and three fights into his UFC adventure. “There have been a few factors that have kind of prevented that, but at this point, this has been such a great development and I feel like that loss to (Rick) Glenn was a real turning point for me; that was where I just really started to get this going.

“This is the year to make it happen. I feel like I’m approaching my prime, physically, and I definitely know that mentally, I have turned a corner, and I’m looking to go and put it on display so that the next step is obvious to everyone and to me.”

Tucker’s potential was obvious to everyone in his debut, when he styled on Sam Sicilia in a hometown showcase in Halifax in early 2017. Seven months later, he landed on the business end of a beatdown courtesy of Glenn at UFC 215, suffering a litany of injuries that contributed to his being out of action for nearly two full years.

Last summer, he returned to Edmonton and collected a third-round submission victory over Choi, once again showcasing the skills that earned him a chance to compete inside the Octagon in the first place and that had fans and observers buzzing about him following his debut.

“I don’t want to sound disrespectful to anyone, but I feel like I’ve not shown my potential and have been fighting down to the level and that’s not going to happen anymore,” said Tucker. “I’m going in there to show the work and give respect to the hours that I’ve put in. That’s my goal going forward. It’s just about me going forward.

“I always make an attempt to put this first, and I have, and there is no question that I do the work,” he added. “I really love this job, I’m really grateful to do martial arts every day, and I value that above my own happiness.”

But the work is done for now, leaving only the simple matter of stepping into the cage and handling business this weekend at the UFC Apex.

“Now it’s just waiting for Saturday night to use that as a launch point to really go forward and see what the next five years look like,” said Tucker. “I love fighting and it’s time to get paid. I’m going to go out there, do my job, and get this going.”