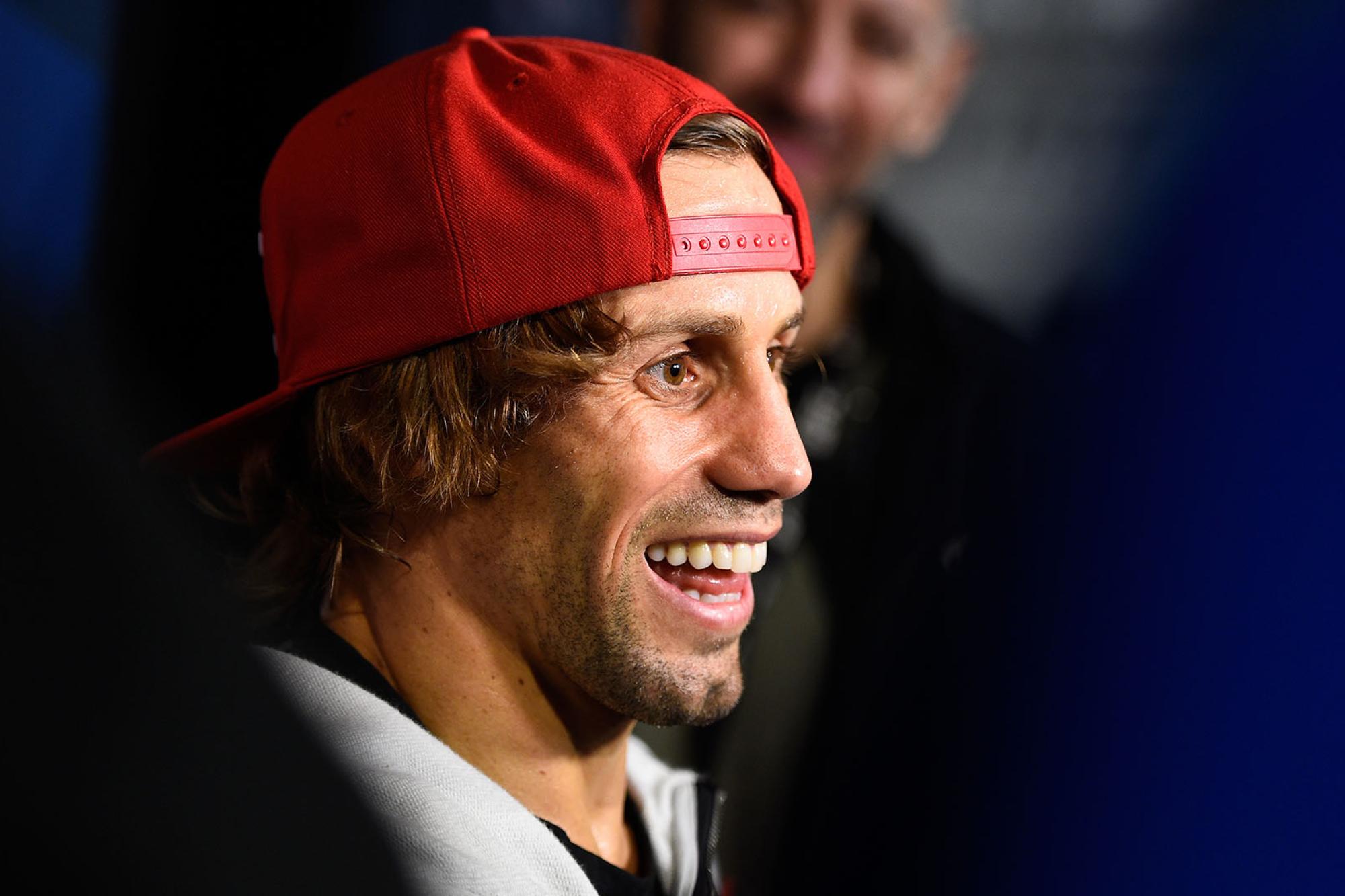 "The California Kid" Eager To Test Himself In UFC's Return To Sacramento
By E. Spencer Kyte • Jul. 9, 2019

Saturday night at the Golden 1 Center in Sacramento, California, a familiar sound is set to course through the speakers, one that makes fight fans think of only one person.

Shortly after Ricky Simon makes the walk to the Octagon, the building will go quiet, the lights will dim and the late Roger Troutman will say those two words, digitized and drawn out through his signature talk box, that have become synonymous with the arrival of the city’s favorite fighting son.

That bomb beat from Dre will kick in, the building will erupt and for the first time in two-and-a-half years, Urijah Faber will smile and wave and bop his way to the UFC cage.

“It’s going to be interesting,” said Faber, who squares off with Simon in the penultimate pairing on Saturday’s event at the home of the NBA’s Kings, when asked about making the walk again this weekend. “It’s a different kind of animal going out there to compete.

“It’s a different kind of energy backstage, walking out to the arena, once you get locked in that cage and you kind of forget — it’s one of those things where when you’re living in the moment, you’re in that moment and then when you’re in the next moment, you kind of forget that there are all these emotions (to deal with) and the fight is hard, undoubtedly. You get a little taste in practice, but it’s not the same as the real thing and I’m looking forward to experiencing that and living in the moment again.”

“The California Kid” called it a career the last time the UFC rode into his hometown in 2016, scoring a unanimous decision win over Brad Pickett to snap a two-fight skid and go out on a high note. It felt right in the moment, seeing the perennial contender and popular standout get a massive sendoff in Sacramento, bringing to an end a career that started long before the lighter weight classes were competing on the biggest stages in the sport and elevated Faber to superstar status.

While he never managed to secure a UFC title, Faber was undeniably one of the best of his generation and was enshrined in the UFC Hall of Fame for the totality of his accomplishments in the cage and overall contributions to the sport. 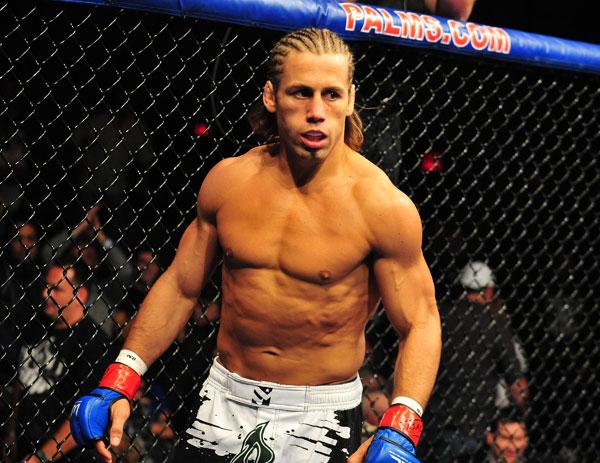 While he never managed to secure a UFC title, Faber was undeniably one of the best of his generation and was enshrined in the UFC Hall of Fame for the totality of his accomplishments in the cage and overall contributions to the sport.

But he never removed himself from the USADA testing pool and UFC matchmaker Sean Shelby told him flat out that he was still going to offer him fights from time-to-time even though he was officially retired, both of which combined to keep the door to the Octagon open for Faber should he decide to make a comeback.

A couple offers came, but nothing quite clicked, but after turning 40 and becoming a father, the long-time leader of Team Alpha Male started getting the itch to test himself once more, and the opportunity to compete at home once again convinced him it was time to shake off the rust and return to the cage.

“I had mentioned a long time ago when I talked about retiring that maybe I would come out after my 40th birthday just to test myself,” explained Faber, who went 10-6 inside the Octagon and carries a 34-10 record overall into this weekend’s matchup with the surging Simon. “People do things all the time on milestones in their lives and, for me, I feel like I’m absolutely competitive and I love the sport. 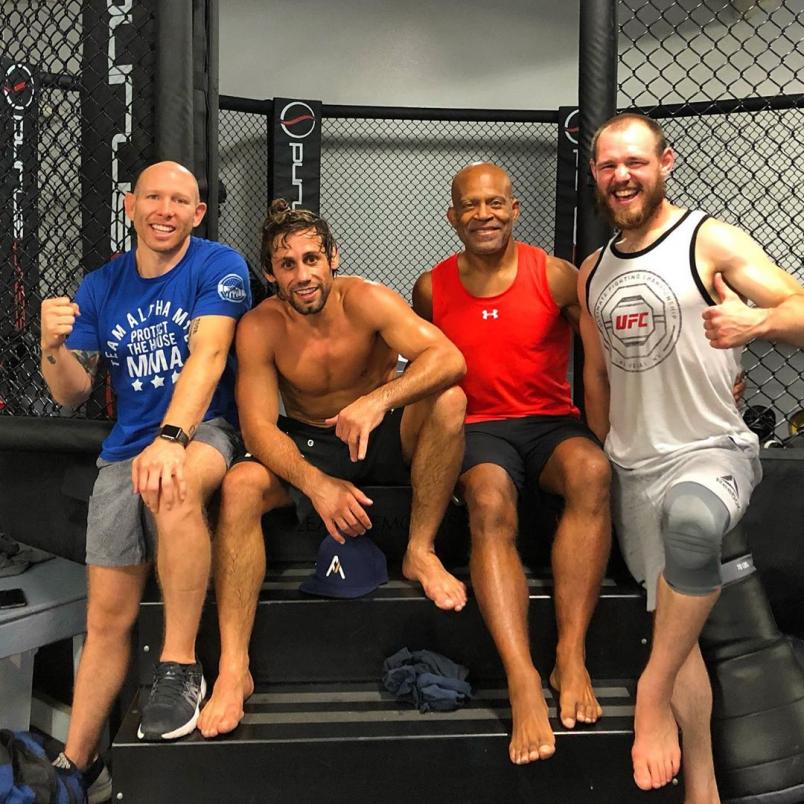 “You realize when you take a step back how many people are crapping away opportunities or not preparing correctly or preparing the right way but not having the opportunities, and I looked at it like I’m in a great spot to where if I’m feeling like I’m having the itch to fight and they keep offering me fights and I know I can compete, I can jump in and do it.

“Then (this fight card being in) Sacramento was the icing on the cake.”

While he’s certainly buzzing about the opportunity to return to action and test himself against a promising up-and-coming talent like Simon, who has won each of his first three UFC appearances, eight straight fights overall and sports a 15-1 record, the process of working his way back into fighting shape and preparing for Saturday’s festivities hasn’t been all smiles and rainbows.

“One of the things you quickly forget is how you’re sore all the time,” Faber said with a laugh. “Being retired, you don’t have to do things when you don’t want to. That doesn’t mean you don’t push yourself physically, you just don’t do it two days in a row or three days in a row unless you really want to.

“On the other side, the things you forget you’re going to miss are how good food tastes and how good sleep is when you’re super-fatigued. Staying in the gym is not enough to be prepared for a high-level fight, so I’m glad that I didn’t jump at those short-notice opportunities ill-prepared. 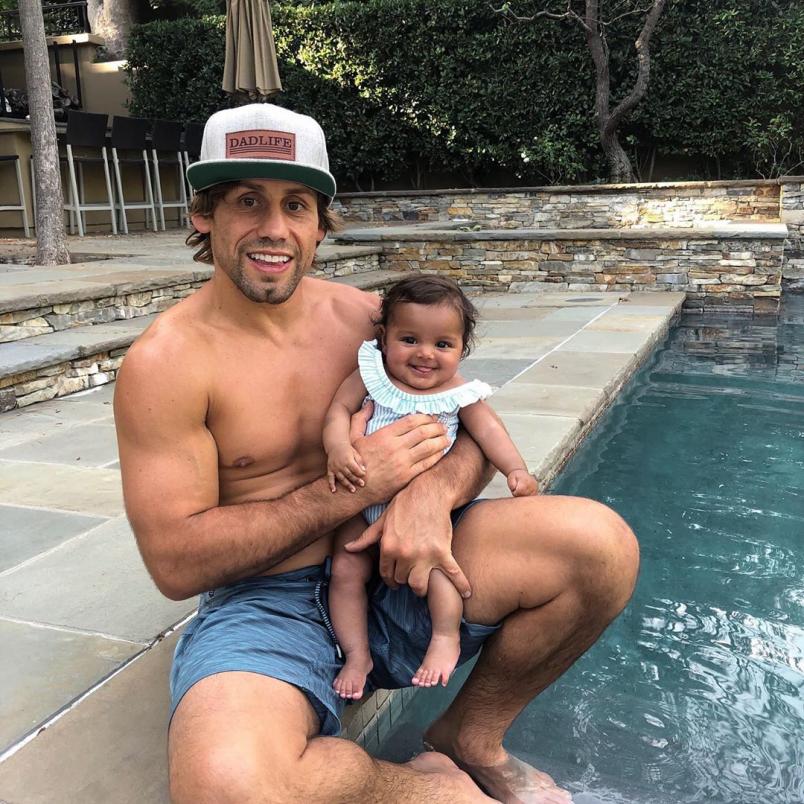 “But the things that I did miss are things like how much you appreciate a day off and a massive meal when you’re starving and sleep at the end of the day when you push yourself to the point of exhaustion,” drawing out the positives as only he can. “It serves as another type of appreciation that you may otherwise not notice, so it’s good to get that perspective coming out of retirement.”

One of the biggest questions that has been raised since this bout with Simon was announced was whether this was a one-off affair because the UFC were returning to Sacramento, if Faber was planning on making a full-time return to the active roster or something in between?

For the time being, the former WEC featherweight champion is taking things one step at a time, focusing on this fight with Simon on Saturday, but that doesn’t mean he hasn’t given some thought to what could possibly come next.

“I have four fights on my contract with the UFC and that in itself is something that I thought about, even before I retired, is finishing out those fights,” Faber said regarding his future in the Octagon. “I believe in myself and the process and what I’ve been doing, but getting out there and testing the waters is Step One.

“I’m not opposed to having some big fights in the future and this one is a difficult fight, but not necessarily the biggest fight that could happen as far as name recognition and that type of stuff. There are bigger fights out there and that’s why I stayed in the testing pool —because sometimes those opportunities come up (unexpectedly); there just aren’t that many out there.

“Regardless (of what happens on Saturday), I’ll always continue to keep myself available for a big opportunity. Am I going to get right back in the mix? It’s very possible, but not definite.”

This weekend’s co-main event assignment might not be the most high profile pairing imaginable for the long-time star, but even Faber knows he’s going to have his hands full with Simon.

The Pacific Northwest product had a good showing on Season One of the Contender Series, but failed to earn a contract. After returning to the regional ranks, Simon outworked UFC vet Chico Camus to win the vacant LFA bantamweight title and followed it up with a 59-second win over Vinicius Zani, earning a successful title defense and a UFC contract at the same time.

Following a controversial finish to his debut bout against Merab Dvalishvili, Simon has produced back-to-back dominant efforts to earn unanimous decision wins over prospect Montel Jackson and veteran Rani Yahya to edge his way into the Top 15 and stand as a serious test for the hometown favorite on Saturday evening.

“I think it’s going to be a real challenge,” he said of the matchup. “In your own mind, you hold yourself up on a pedestal and think you can do anything if you’ve got the right mindset, so a good challenge like this is a good place to start. It’s going to be a massive test and a tough fight and I’m really looking forward to it.

“I expect my best performance and I believe my best performance will win,” added Faber, who acknowledged he used to set out specific things that he wanted to do inside the cage, but has since stripped it down to focusing exclusively on the things he can control; namely, his own preparation and performance. “There are obviously some things that I would love to do because I love the sport and being creative, but at this point, going out and making sure that I fight to the best of my abilities is what I’m working on.

Urijah Faber wanted to create a "one-stop shop" for mixed martial artists, and from that, Team Alpha Male was born. Years later, Alpha Male is one of the longest-established MMA teams and continues to have a presence in the UFC.

“That’s what I want to do and that’s how I want to represent myself and in my opinion, that will definitely get me the win and hopefully a finish.”

Will this end up being a one-night return?

The start of a full-fledged comeback?

The beginning of what amounts to a sporadic series of guess appearances whenever big opportunities present themselves?

Not even Faber can say for sure right now, but what is certain is that the Golden 1 Center is going to get very, very loud when those familiar strains start pumping through the speakers on Saturday night.