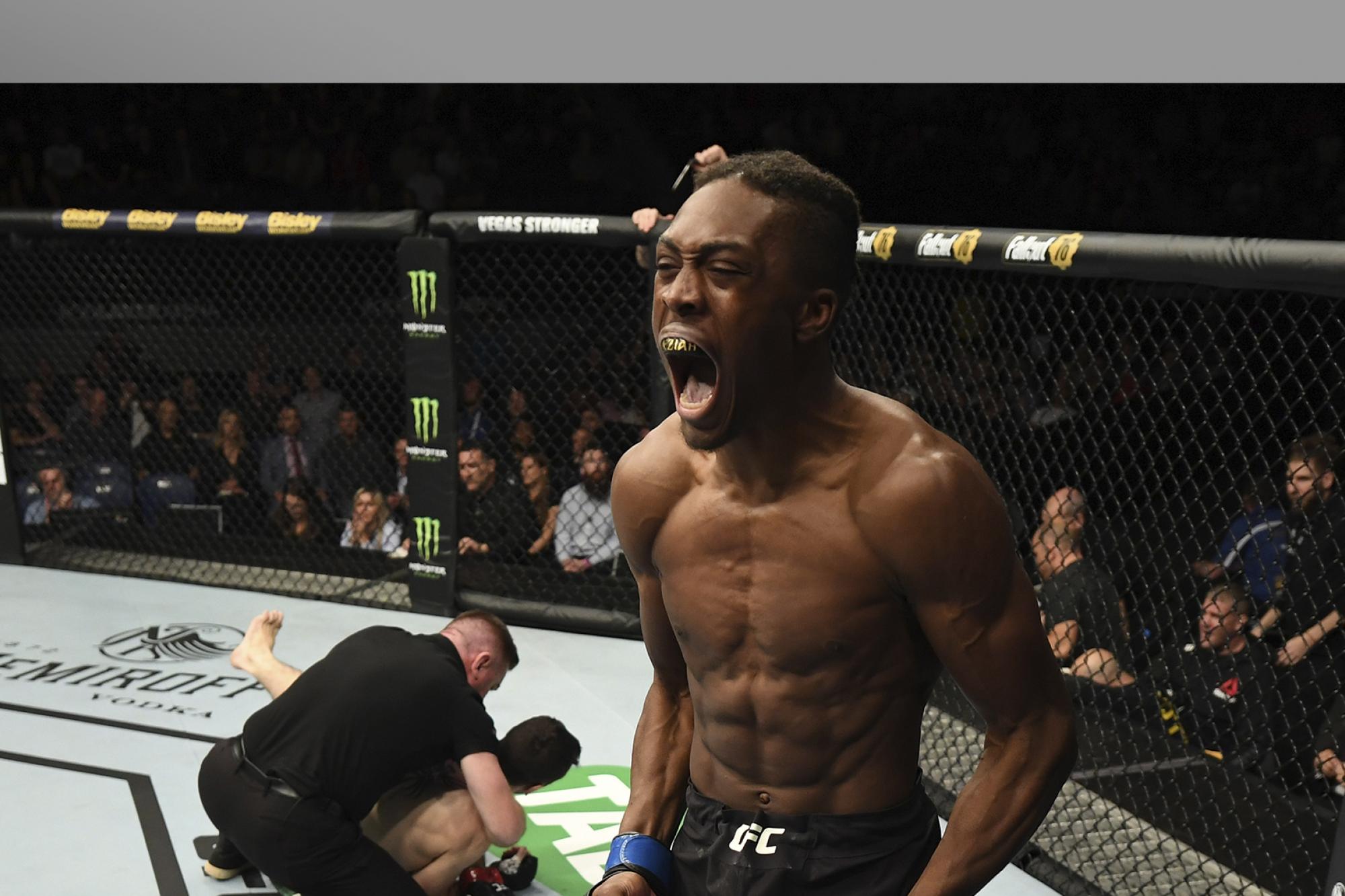 Jalin Turner believes he's paid his dues and he's ready to make his impact on the UFC's lightweight division.
By Thomas Gerbasi, on Twitter: @TGerbasi • Aug. 31, 2020

Jalin Turner laughs as soon as the words come out of his mouth, because he knows how they sound.

“I had an early mid-life crisis when I hit 25,” said Turner, who is well on his way to living far past the age of 50, but let him explain.

“I thought, ‘I'm 25 already, I gotta get this going.’ But, at the same time, it also gave me patience and let me know that none of this is going anywhere. It's gonna be here. Yeah, I gotta seize the moment, but I'm just touching my prime now, so it's perfect timing.”

A member of ESPN’s Top 25 MMA Fighters Under 25 list which was published last October, Turner celebrated in his last fight as a 24-year-old in February, making it two for two down under with a second-round stoppage of Josh Culibao in New Zealand. It matched a 53-second knockout of Callan Potter in Australia a year before, but no truth to the rumor that he’s moving from California anytime soon.

“I'd love to move there,” he laughs, “but I gotta start bringing these wins back to the States.”

He gets his chance on Saturday when he faces Brazil’s Thiago Moises in Las Vegas. Should he get his hand raised, it will be his first time on home soil since he defeated Max Mustaki on season two of Dana White’s Contender Series in July 2018. Turner didn’t get a contract that night, but he did get a win that put him on the promotion’s radar, and three months later he was jumping up to welterweight for an assignment against Vicente Luque. That fight didn’t go his way, but it was a learning lesson, like every step of his MMA journey has been. 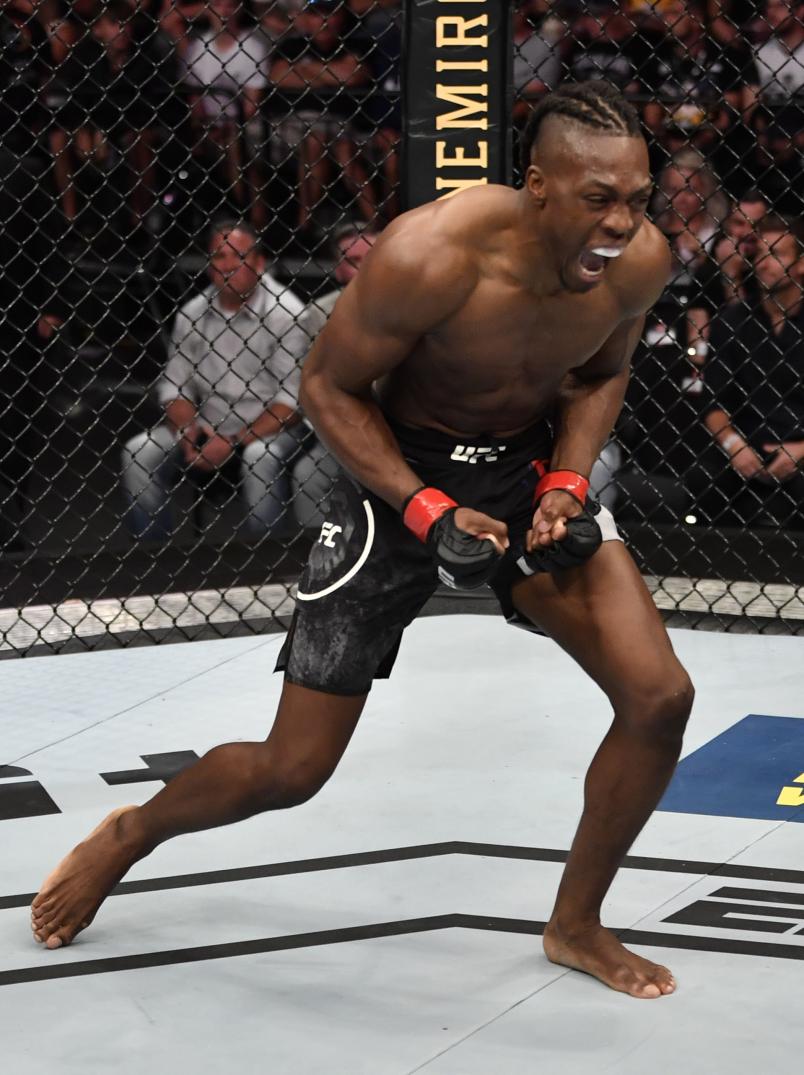 Jalin Turner celebrates after his victory over Josh Culibao of Australia in their lightweight bout during the UFC Fight Night event at Spark Arena on February 23, 2020 in Auckland, New Zealand. (Photo by Jeff Bottari/Zuffa LLC)

“I'm learning so much more from everything I've experienced,” said Turner, who turned pro in 2016. “I'm becoming a complete fighter now and it feels pretty good.”

Now 2-2 in the Octagon, Turner’s upside is considerable and evident every time he’s emerged victorious on fight night. Doing it consistently is the trick, though, and while anything can happen in a fight or in the lead-up to it, Turner is doing his best in the gym to ensure that the odds are in his favor when it’s time to make the walk.

“I always love pressure,” he said. “I thrive under pressure and I love dealing with stuff like that because I'm so calm under it and it doesn't really faze me too much. I've always been a little bit of a showoff (Laughs), so I like to show off my talents that night, show off what I've been working on. Anything can happen and I always pay attention to that because it's happened to me. I've gone in there as prepared as ever, feeling great, and then something will be off. I could be a little bit mentally off or make a little mistake, and then bam, I'm on the short end of the stick in the fight. Stuff like that happens, but I've been learning to deal with all that and take it it and use it as positively as possible and build off of it.”

Attitude has a lot to do with it at this level, and Turner has that part covered. So while the COVID-19 pandemic hit everybody hard at first earlier this year, once May rolled around, “The Tarantula” was working out and asking for a fight.

“I was training with my coach in his garage, was training at the park with my coaches and I got back on it right away,” he said. “I told my manager, Jason House, ‘Get me whoever. I don't care who they put in front of me, I just want to fight.’” 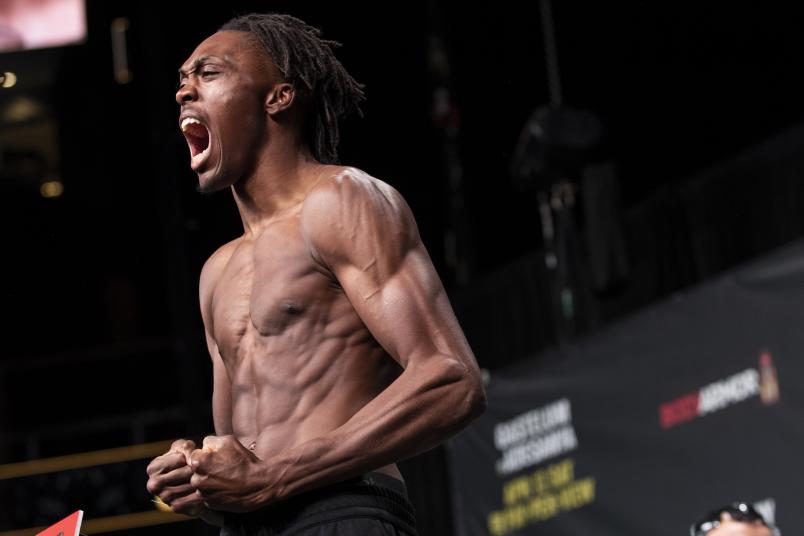 Jalin Turner poses on the scale during the UFC 236 weigh-in at State Farm Arena on April 12, 2019 in Atlanta, Georgia. (Photo by Carmen Mandato/Zuffa LLC via Getty Images)

This weekend, he’s got one against Moises, who bounced back from a 1-2 start to his UFC career with a career-best submission win over lightweight veteran Michael Johnson. Turner knows all about the victory Moises turned in, but he also knows it doesn’t matter when it comes to Saturday night.

“I always feel like I gotta pay my dues and earn it my way,” he said. “I don't care about who he fought or what's behind him. The way I look at it, we've both been up and down in the UFC and this is to see who's gonna go to the next level from here. That's how I'm looking at it. He did just come off a win against Michael Johnson but I'm not really thinking about that or caring about that. Michael Johnson is a veteran, but every fight's different. He's gonna have to fight me that night, and I'm not worried about who he's fought in the past; he's gonna have to deal with me.”

“Twenty-five really was a reality check for me,” he said. “It hit me, especially being on that top 25 under 25 list. I just feel like I've got so much to live up to and I'm ready to start showing all that. My wins have been great, but my losses haven't been the best, and I'm just ready for so much more. I still got so much ahead of me.”

Maybe as soon as Saturday, then October, November, December…

“Give me one every month,” Turner laughs. “I'll do the Cowboy (Cerrone) thing.”