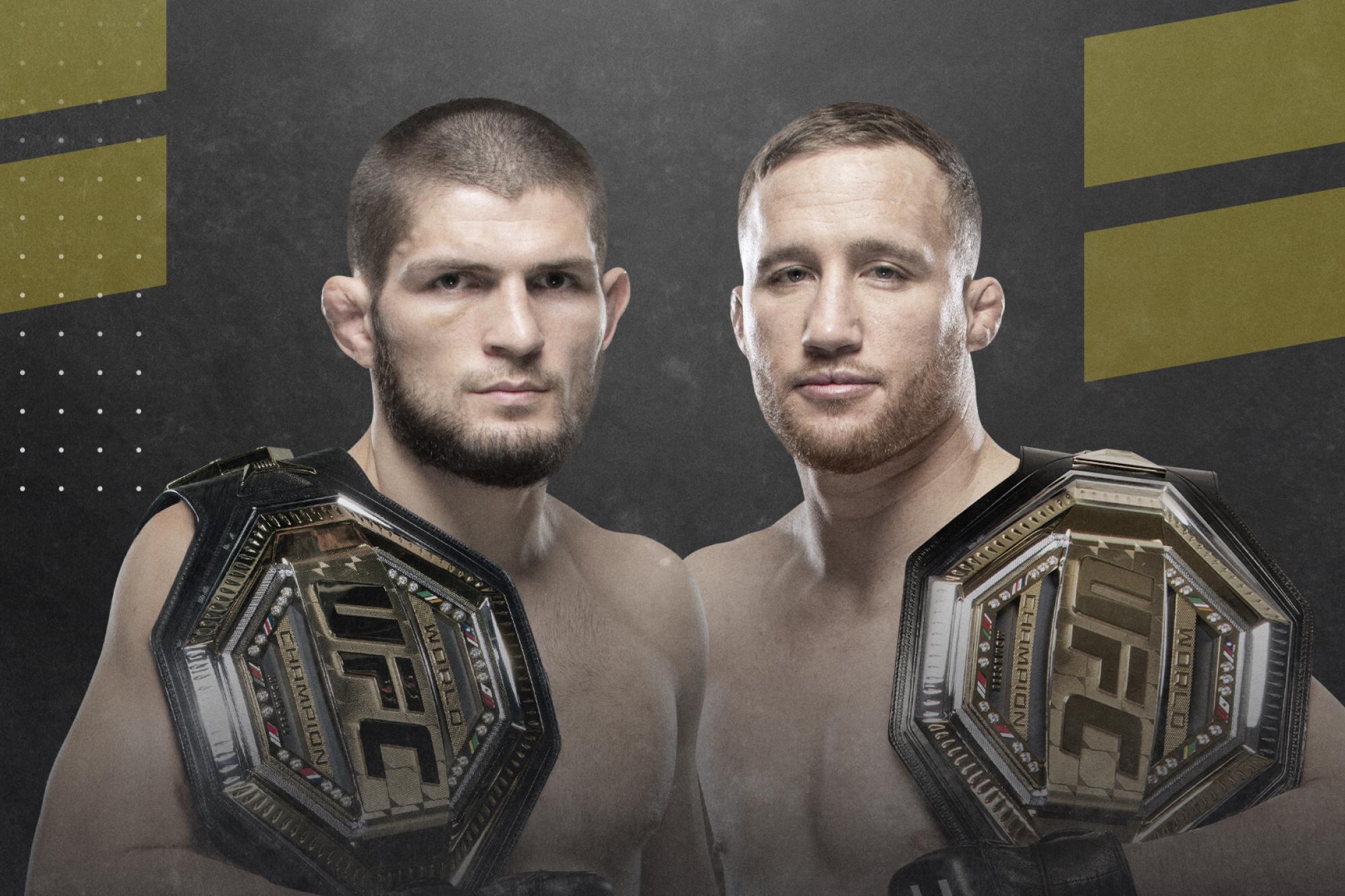 Khabib vs Gaethje set for October 24

The undisputed lightweight championship of the world will be on the line October 24 when Khabib Nurmagomedov looks to add another victory to his perfect 28-0 record as he defends his title for the third time against interim titleholder Justin Gaethje, who is on a tear that has seen him score four consecutive knockouts over James Vick, Edson Barboza, Donald Cerrone and Tony Ferguson. But now "The Highlight" will face the UFC's most dominant champion in Nurmagomedov, whose stellar career has seen him defeat the likes of Conor McGregor, Dustin Poirier, Rafael Dos Anjos, Edson Barboza and Al Iaquinta.