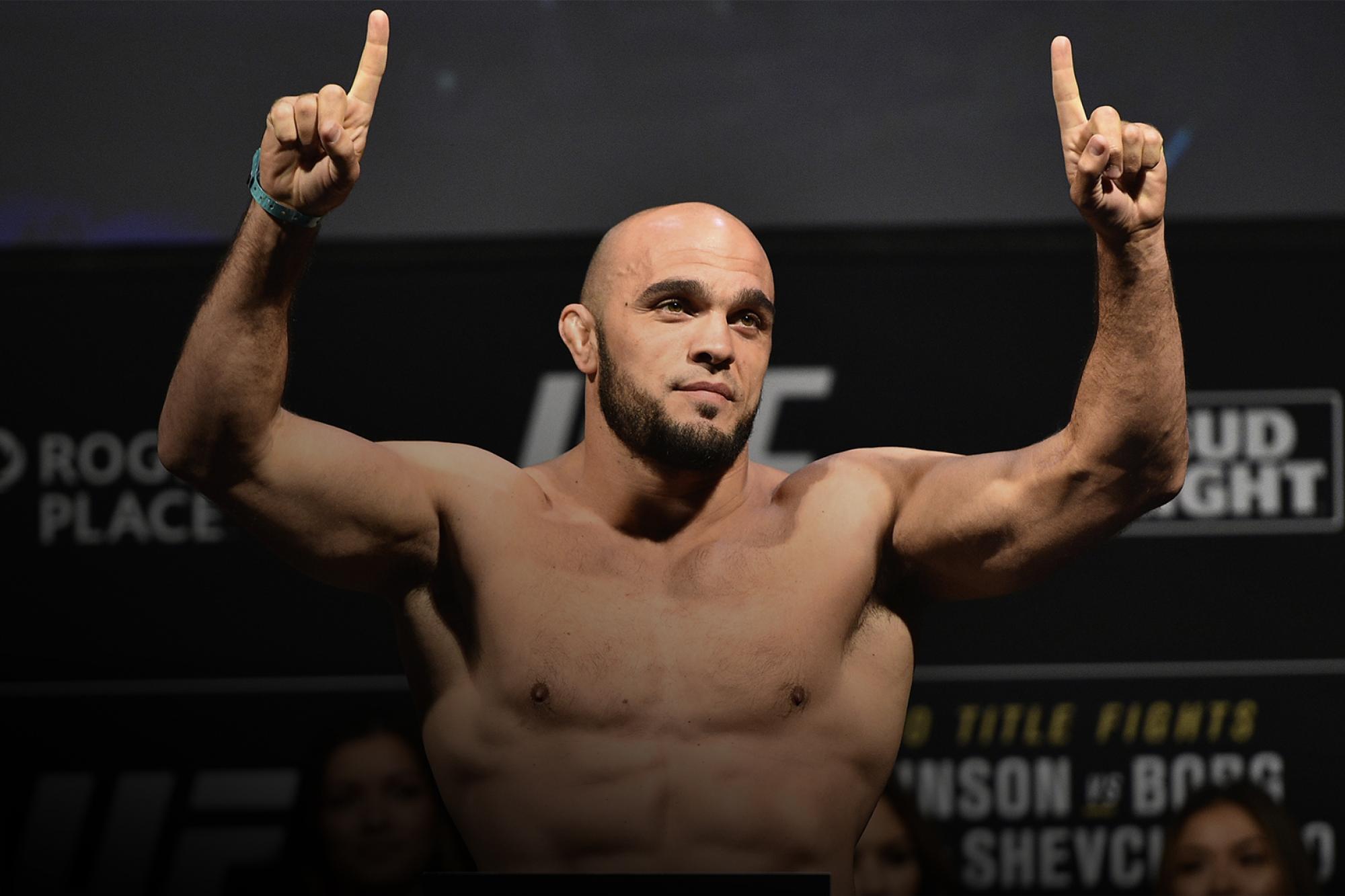 No one likes when a fight gets cancelled, and the disappointment is even worse when it happens in the final days or hours leading up to an event.

Fans gets frustrated and the promotion has to scramble to reset the lineup and re-work production materials, but the athletes are the ones impacted the most, even though they’re often the last ones we think about when unpacking the situation.

In late March, Ilir Latifi agreed to face Volkan Oezdemir in the co-main event of the UFC’s return to the Ericsson Globe in Stockholm, Sweden.

For eight weeks, the veteran light heavyweight prepared, readying to take on the former title challenger in his first fight of the year, with designs on getting back into the win column and asserting his position as a contender in the shifting 205-pound weight class before a raucous, partisan crowd in his adopted hometown. He’d competed in the Octagon twice before on his home turf, coming out on the wrong side of the results both times, so this matchup represented an opportunity to start his year with a strong performance over an established Top 10 fighter and post his first victory in Sweden since his final appearance before being signed by the UFC.

Two days before the event, the 36-year-old fan favorite was forced to withdraw.

“It was devastating,” Latifi said of missing out on the opportunity to face Oezdemir in June. “It was a very hard blow after putting in all those months of training camp and fighting in my hometown, so I was devastated.

“It was very, very hard, but it was the right decision.”

The last-minute cancellation also meant that it would be a few more weeks before Latifi would be able to fully move on from his final appearance of 2018 — a unanimous decision loss to Corey Anderson that felt all too familiar for those who have paid attention to the compact powerhouse’s career inside the UFC cage.

Latifi followed up his quality win over Australian prospect Tyson Pedro at UFC 215 with a first-round submission win over Ovince Saint Preux five months later on the February UFC on FOX event in Orlando, Florida, trapping the former interim title challenger in a nasty guillotine choke that put “The Sledgehammer” on the brink of contention.

All he needed was one big win and he would elevate himself from contender to genuine title threat. But after starting quickly and winning the opening round against Anderson, Latifi dropped the second and third to land on the wrong side of the results; the third time in his UFC career that he’s been turned back when trying to take the next step forward in his progression up the light heavyweight ladder.

“I’ve put that in the past and focused on my next fight, coming back as a contender and trying to evolve as a fighter, always getting better,” Latifi said of the loss to Anderson. “My focus is always with a positive mind, trying to evolve.

“I need to just take the fight where I want it from the start and dominate the entire fight,” he added when asked what he needs to do in order to clear the troublesome hurdle that has thrice prevented him from pushing into the upper echelon of competitors in the wide open 205-pound ranks. 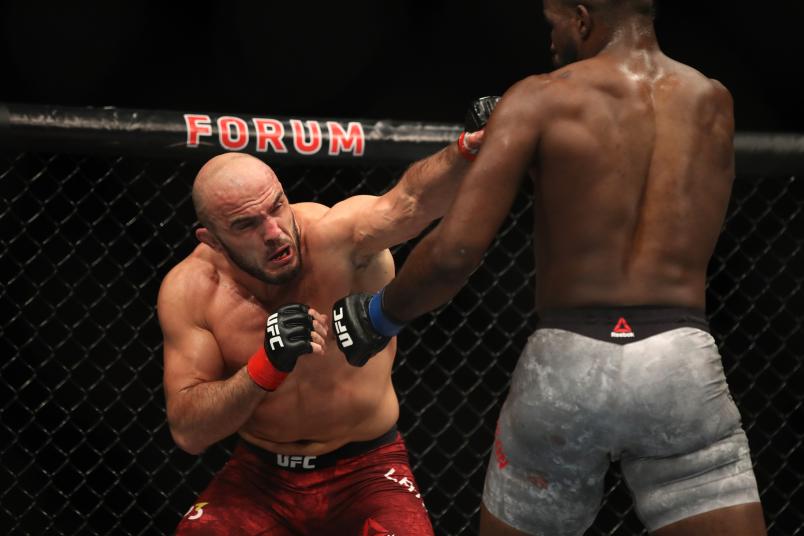 INGLEWOOD, CA - DECEMBER 29: (L-R) Ilir Latifi of Sweden punches Corey Anderson in their light heavyweight bout during the UFC 232 event inside The Forum on December 29, 2018 in Inglewood, California. (Photo by Christian Petersen/Zuffa LLC/Zuffa LLC via G

After his June disappointment and a longer than anticipated wait to kick off his 2019 campaign, Latifi will finally get the chance to put that approach into practice when he squares off with Oezdemir on Saturday night.

Initially rebooked for last week’s show in Newark, New Jersey, the light heavyweight pairing was shifted to this weekend’s debut card at Antel Arena in Montevideo, Uruguay, where it lands in the middle of the main card.

While it’s definitely a crucial fight for Latifi in his quest to solidify himself as a contender, it’s also a pivotal bout for Oezdemir, as the Swiss standout who posted three wins in six months during his 2017 rookie season on the UFC roster enters on a three-fight slide.

“I know he’s coming in prepared; it’s an important fight for him, too,” Latifi said of Oezdemir, who dropped a split decision to Dominick Reyes in March that many observers felt should have gone the other way. “He’s coming in hungry and he’s going to put everything on the table. I’m prepared and it’s going to be a war.”

That forecast of a potential Fight of the Night clash may catch some people off guard, as Latifi and Oezdemir are friendly and have trained together in the past. But as the Swedish veteran explains, their delayed dalliance inside the Octagon is work — another day at the office — and their friendship will remain intact on Sunday morning.

“It’s always harder fighting someone that you know as a friend or as a training partner, but we’re both athletes, sportsmen and it’s nothing personal; it’s just the job,” said Latifi, echoing Michael Corleone’s famous message to his brother Sonny about taking out Sollozzo and McCluskey — “It’s not personal, Sonny; it’s strictly business.”

“It’s just another day at the office,” he added. “Afterwards, there are no problems; there are no hard feelings.

“We’re both coming prepared for this fight and the best man will come out winning.”