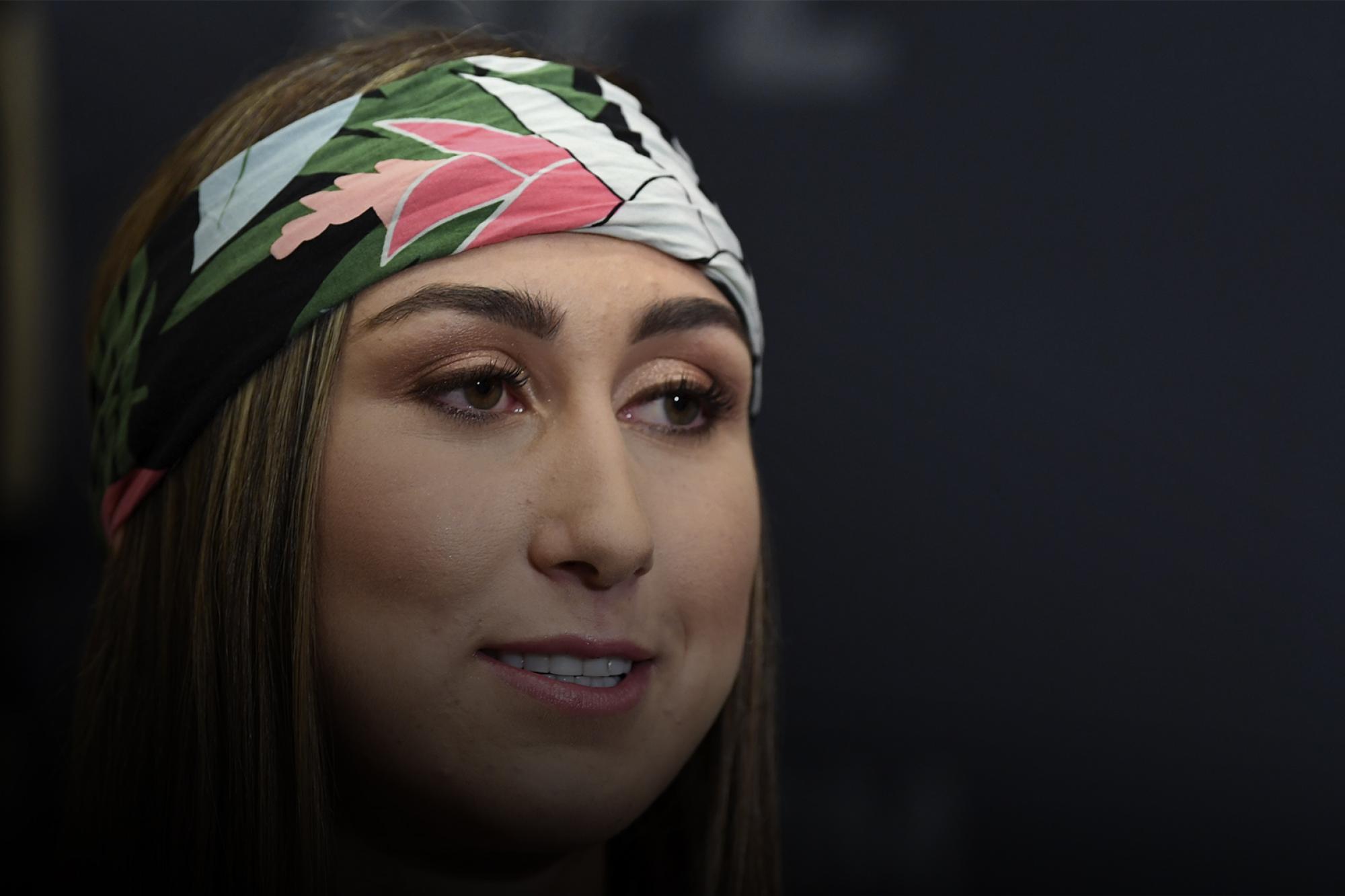 Mazo's Debut Loss Opened Her Eyes To Her Potential

“It opened my eyes and made me a better fighter and made me who I am right now. So it all started there for me. It’s not a denial. I feel like if it wasn’t for that, I wouldn’t change a lot of stuff that I was doing.”
By Thomas Gerbasi, on Twitter: @TGerbasi • Jan. 15, 2020

Professional prizefighting has always been a “what have you done for me lately?” endeavor. So as soon as Sabina Mazo decisioned Shana Dobson last summer to enter the UFC win column for the first time, her debut loss against Maryna Moroz was far in the rear view mirror for fans of the Colombian flyweight.

But she didn’t forget.

“I feel like even the defeat I had, it was a start,” said Mazo. “It opened my eyes and made me a better fighter and made me who I am right now. So it all started there for me. It’s not a denial. I feel like if it wasn’t for that, I wouldn’t change a lot of stuff that I was doing.”

In theory, the hope is that a loss is a learning experience, but that’s a dicey proposition when it’s the first defeat of a fighter’s career. Mazo didn’t go in the opposite direction, though. She went back to the Kings MMA gym in Huntington Beach and got to work. The result was the win over Dobson, but the 22-year-old is not taking her foot off the gas as she gets ready for a UFC 246 meeting with JJ Aldrich.

Order UFC 246 For Any Device

“I want to show a better version of myself from what I showed the last time,” said Mazo. “Every fight is gonna be different and I don’t like to call it a training camp because I try to always be in training. I’ve been constantly focused on what I have to do and how I have to improve. And what I really want is to show that to the world.”

She will have plenty of eyes on her this weekend at T-Mobile Arena, as she and Aldrich open up the event headlined by the return of Conor McGregor against Donald “Cowboy” Cerrone. That’s a big deal for Mazo, who wants to set the tone for the night early.

“One of my dreams and goals was fighting in Vegas,” she said. “The other one is fighting in New York, so it’s definitely a dream come true, even more so to be on the card that I’m on to have the opportunity to open the show. So it’s all coming together for me to do my work and get that victory.”

A win would be Mazo’s eighth in a pro career that began in her native Colombia in 2015. A little over nine months later, she was in California to start the next chapter of her life and career.

“It’s amazing how fast it’s been this whole time,” she said after celebrating her fourth year in the U.S. on New Year’s Day. “I’ve been doing a lot of stuff but, at the same time, it feels like I’ve only been here for months. I just love living here. I love California, and the only thing I have to complain about is the weather. (Laughs) It gets too cold for my tastes. I know it’s not cold compared to other places, but it is definitely too cold for me.”

If the “cold” weather is the only issue for Mazo here in the States, that’s a good thing, and while she obviously misses family and friends back home, she has no regrets.

“It felt right and so natural,” she said of the move. “I can’t deny that I missed my family at the beginning, but I never had the thought that I wanted to go back. It feels like it’s the place I have to be and the place to achieve my goals and I’ve been working towards this. I also feel that having goals makes life easier. If you have something to achieve, it doesn’t matter where you live or the circumstances you have; it just takes all those problems and makes you realize how blessed or how many opportunities you have out there and the people you have around you.” 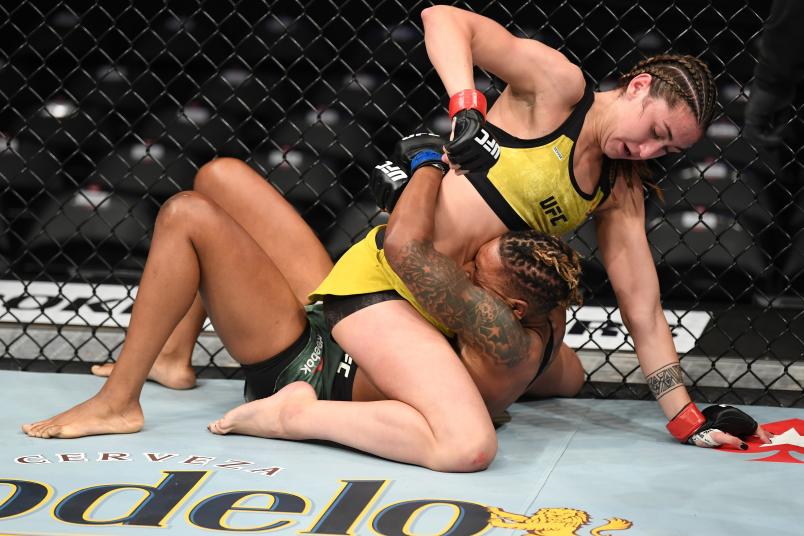 Mazo, a jiu-jitsu and boxing champion back in Colombia, obviously had the talent to succeed wherever she put the gloves on, but she admits that taking her show on the road did speed up the process.

“I think I would have made it to this point; it would just be a little bit slower,” she said. “I feel like I have a great team around me here and that makes a lot of difference. I improved in a short time but I also have my faith and I formed myself as a fighter in Colombia. So it kind of makes sense that I could achieve all my goals, but in a little bit longer period of time.”

And while the romantic notion is that Mazo arrived in a new country with gloves in her hand and no plan other than to fight, it’s not quite that Hollywood-esque. When the “Colombian Queen” made her way to California, she knew exactly what she wanted.

“I specifically came here to train at Kings MMA,” she said. “I moved to California because of the gym and because I admire Master Cordeiro. I like his work, I like the fighters that are there, and the environment made me stay here and I formed my life around it.”

She hasn’t looked back since. And on fight night, she brings the same mindset former Chute Boxe standout Cordeiro has instilled in all his students. It’s not a point fighting competition; it’s a fight.

“Oh, I love it,” Mazo beams. “The people from Kings MMA have attitude. They have their own style, but what they have in common is that spirit in the fight. All of them are different, but they go there and they put their work in. Working around those people inspires me to do exactly the same thing – to be the best in my own way, but with that fighting spirit.”

So when offered the fight with the more experienced Aldrich, you know what Mazo said.

“Anyone that is going to be on the list to go to the top, I will take it and I won’t doubt it twice,” she said. “I believe in the work that I do. So I’ll take anyone on the list. And if JJ is in my way, there’s nothing personal, but I have to get that victory against her.”