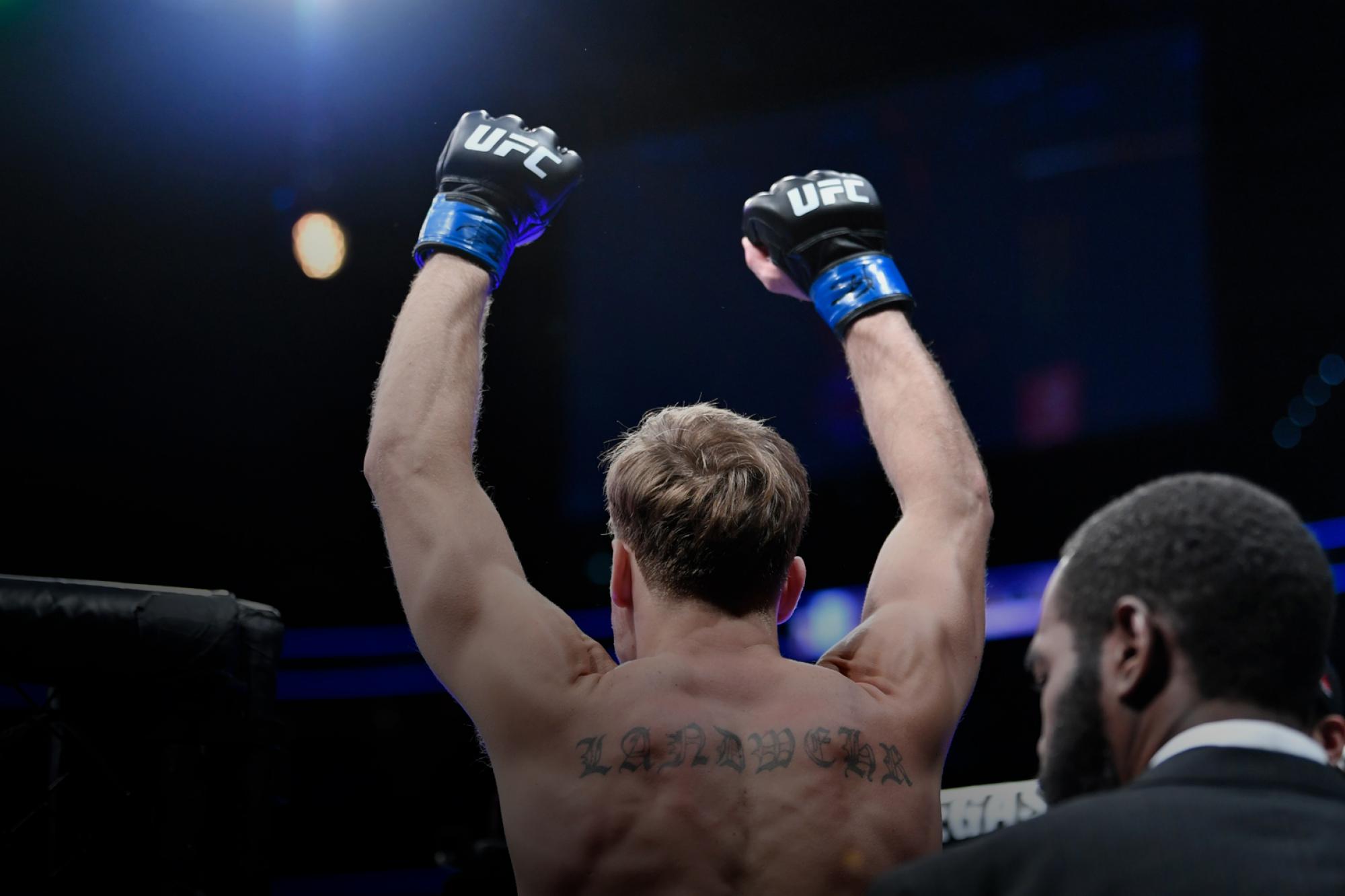 If you ask Nate Landwehr, he is about to become your new favorite fighter when he makes his debut on January 25.

“These guys are holding my spot for me,” Landwehr told UFC.com. “These bad mother****** belts, these self-proclaimed baddest dudes, savages, these knockout guys, these guys who they think are the tough guys, they’ve been holding my spot. The guys that you be like, ‘Man, he has an insane pace, and he’s crazy. He’s violent. He’s aggressive.’ That’s my spot.”

The 31-year-old featherweight is riding a seven-fight winning streak and spent the last few years cutting his teeth in the Russia-based M-1 Global promotion, where he was the featherweight champion. M-1 Global allows its fighters to break their contract and sign with the UFC if they defend the belt once, which Landwehr did, but instead of jumping to the big show, he had some “bad blood” with Victor Kolesnik to take care of first.

Now, though, the Tennessee-bred Landwehr is set to take on Herbert Burns as the opening bout in Raleigh, and it almost feels like he’s more excited for everyone else to finally learn his name more than he is about finally stepping into the Octagon.

“I’m going to seize it,” Landwehr said. “It’s going to be the moment where the people are like, ‘Oh, s***. That guy is the real deal. He can fight. Boom, checkmark. Walkout, checkmark. He can talk well, checkmark. Damn, (he) hit the backflip off the cage, checkmark.’ Everything is checking.”

To his credit, he isn’t just talking a big game. Landwehr finished three of his last four fights and actively seeks out fight-ending strikes. It might look a little wild or a little unorthodox, but it definitely looks entertaining. Of course, checking all those boxes only matters if it ends with his hand raised, but that’s not exactly his focus.

“(Burns) is coming out with intentions to try to win, and I’m coming out to try to just destroy,” he said. “That’s the difference. Winning is the byproduct of what you is, and I is what I is, baby. You know what I mean? I’m going to do what I do how I do it: Nate “The Train” style.”

That style came into its own while he competed in M-1, and it’s an experience Landwehr looks back on fondly. He jokes that he felt like he was Sylvester Stallone in Rocky IV, when Stallone’s Rocky Balboa travels to Russia to take on the menacing Ivan Drago.

Yet, he throws a lot of love toward the Russian and Kazakhstani mixed martial arts fans and appreciated the opportunity to hone his skills on the microphone.

“It was great to get over there and master the whole ‘throw the mic in my hand’ thing,” Landwehr said. “Put a mic in my hand, put the camera on me, put the little red dot on, say ‘Go.’

It’s nothing. Put me in a crowd with a thousand people asking questions. Ask me how I think the fight is going to go, I’m going to tell you, ‘I’m about to smash this dude’s chin bone.’ I want to smash his face off his head. You know what I mean? That’s what I’m swinging to do.”

That all-or-nothing mentality comes from a decade of pursuing fighting. Before he became a fighter, Landwehr was a track athlete with opportunities to continue that career, but instead, he found mixed martial arts, and that was that. When he earned his contract, his management posted a video of Landwehr telling his family the good news, and the reaction in the video is a full mixture of emotions but nothing more than pride. Spend just five minutes with Landwehr, and you get the sense that this is a guy that truly, deeply loves fighting.

“Fighting is something that transcends all cultures and language and religion,” he said. “You can turn on a fight and know immediately who is winning and who is better.”

Though nothing in the fight game is guaranteed, it’s a surefire bet that Raleigh’s opening bout is going to have a high entertainment value. Landwehr said his manager couldn’t even get Burns’ name out before he agreed to the fight, and he thinks his opponent only got a shot on the Contender Series because he is Gilbert Burns’ little brother. While that’s not true given Burns’ track record (the bout is essentially a pick-em, according to Boavada), it’s hard to knock Landwehr’s mentality.

On fight night, he finally gets to bring that mentality to light, and he is aiming to make a singular, focused declaration.

“The statement is always violence,” Landwehr said. “I’m going to come out there swinging as hard as I can as many times as I can. Like I tell people, my fighting style is like an old man – not just any old man – a warrior on his deathbed. He gets a chance to travel back in time one last time, one last night, no yesterday, no tomorrow, and that’s how I bring it.

“Everything is on the table, risking it all, and that’s how my life is.”