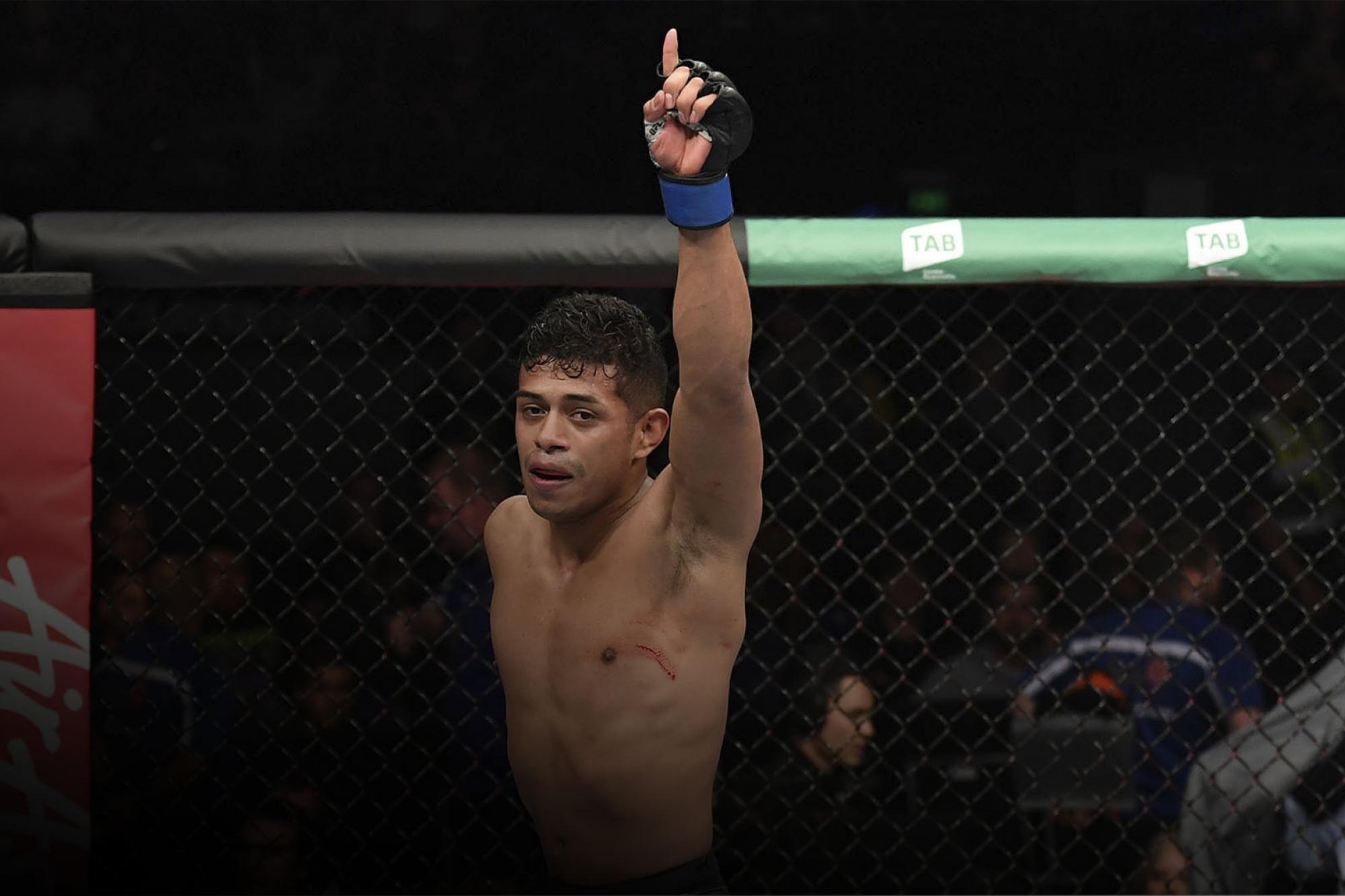 No Nerves For Jonathan Martinez

“I just get more nervous doing my interviews than fighting,” he laughs.
By Thomas Gerbasi • Jul. 11, 2019

Jonathan Martinez isn’t a talker. The bantamweight prospect prefers to speak with his performances on fight night, and that’s just fine.

“I just get more nervous doing my interviews than fighting,” he laughs.

But in an April post on Instagram, the 25-year-old spoke volumes as he recalled being a teenager told that maybe fighting wasn’t for him. For context, that post came a little over two months after Martinez won his first UFC bout over Wuliji Buren.

Guess fighting might be for him. Yet while Martinez wanted to make a point with his post, he didn’t go as far as saying, “I told you so.” He didn’t have to. And that’s some feeling to have.

“It’s pretty good,” he said. “When I started, people were telling me to get a real job. Now when I’m in there, the people that told me that, they’re just like, ‘We believed in you.’”

He laughs, and it’s the laugh of someone who proved that hard work and dedication does pay off. Today, Martinez is a UFC fighter and one with a bright future as he heads into a Saturday meeting with Liu Pingyuan, and as he closes up his second camp with Marc Montoya and the Factory X squad in Colorado, he’s more confident than ever that everything is coming together at the perfect time.

“I feel like it is and this one will be a lot better,” he said. “I’ve been here for ten weeks and I feel real comfortable going in there.”

It was a necessary move for the “Dragon,” who raced out to a 9-1 pro record before getting a short notice call for a UFC bout with Andre Soukhamthath last October. Martinez lost a competitive decision, and when it was over, he felt like a change needed to be made.

“I just had to get different looks,” said Plainview, Texas’ Martinez. “I train in a little town, and I’m pretty much the high-level guy there, so coming here was good in letting me know where I was at and I liked it. They made me feel at home and it was great training. Coach Marc, he’s real smart with what he does and it helped me a lot. So when I went in the cage I felt real comfortable.” 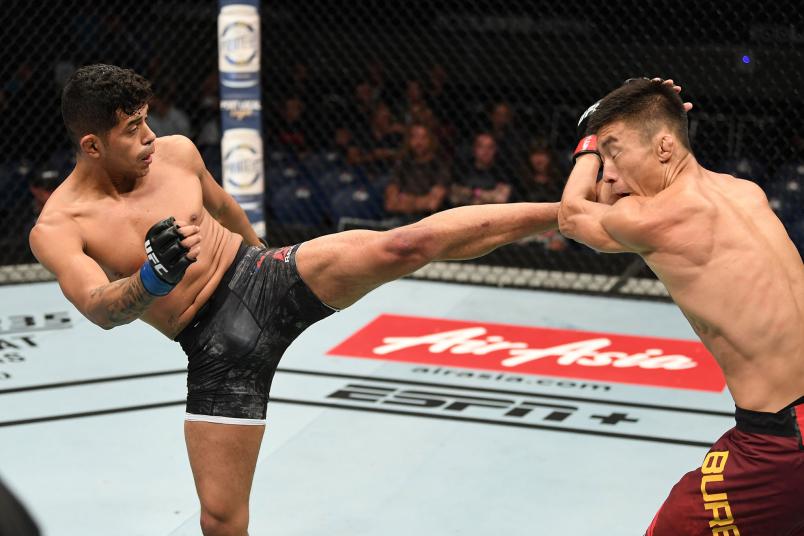 See the Entire UFC Sacramento Event With Your ESPN+ Subscription | Try It Today!

How comfortable? The 15-hour flight to Melbourne didn’t even bother him.

“I was asleep pretty much the whole flight,” said Martinez, who acclimated to Australia and then got the win on fight night. Now the Los Angeles native will be back on California turf this weekend, and while he’ll have family in attendance that are making the eight-hour drive in Sacramento, it’s no different for him when the Octagon door shuts.