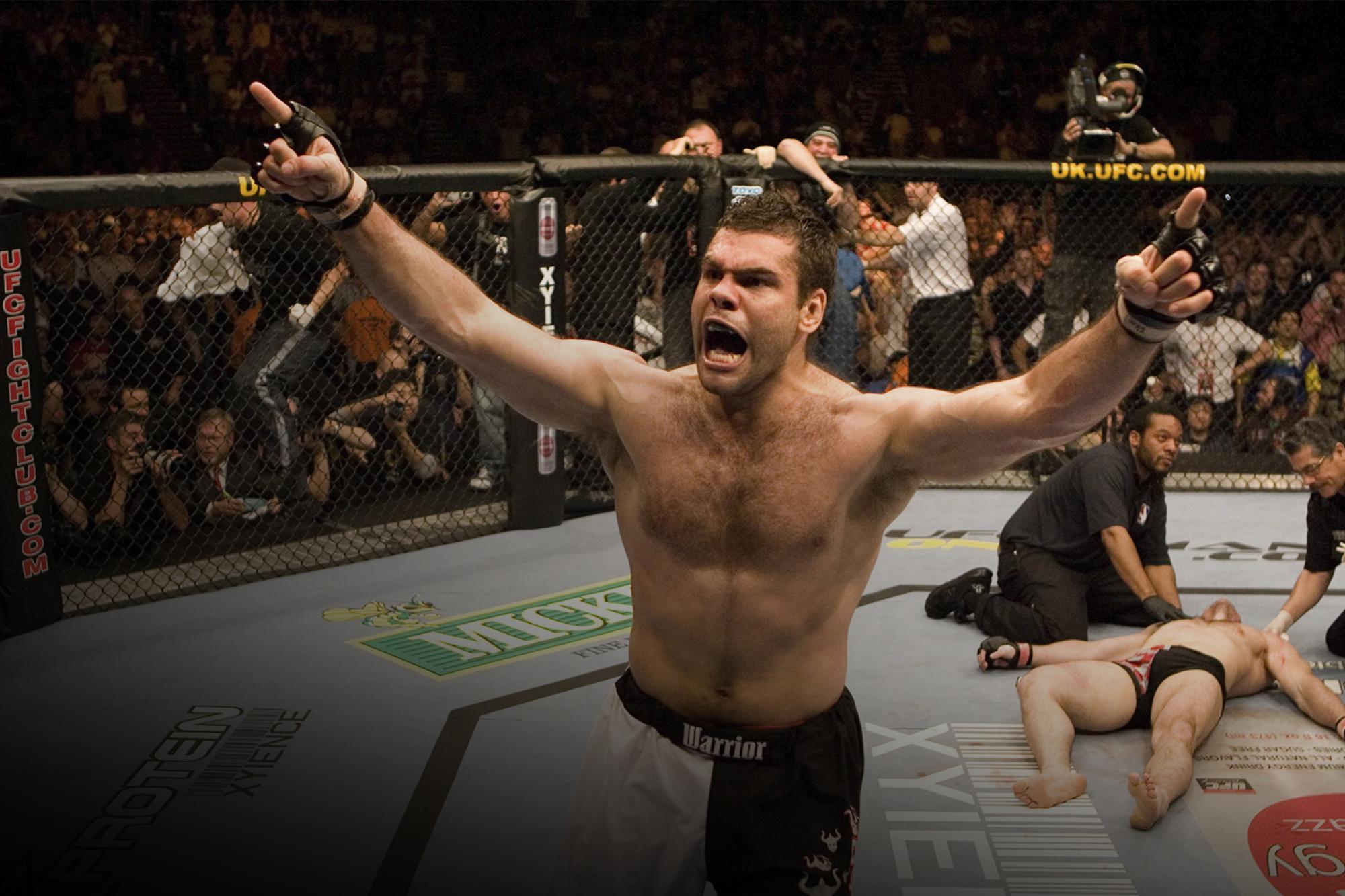 PreviousNext
#UFCEra
On This Day

On This Day in UFC History: Mirko gets Cro Copped by Gonzaga

When the first international UFC card in five years was announced for April 21, 2007 in Manchester, England, there was no question that the star of the show would be Ultimate Fighter 3 winner and hometown favorite Michael Bisping. And “The Count” delivered with a Fight of the Night win over Elvis Sinosic. Yet what no one expected was to see the King of the Head Kick knockout, Mirko Cro Cop, get beaten by a Gabriel Gonzaga head kick in the main event. It was one of the most spectacular finishes in UFC history, and this is how we saw the card that night at the M.E.N. Arena

For years, Mirko Cro Cop had knocked opponents out in devastating fashion with fearsome kicks to the head.  On April 21, 2007, before a packed house at the M.E.N. Arena, Gabriel Gonzaga gave the Croatian bomber a taste of his own medicine at the UFC’s first event in England since UFC 38, sending him crashing to defeat with a single right kick to the head that earned him a shot at UFC heavyweight champion Randy Couture. 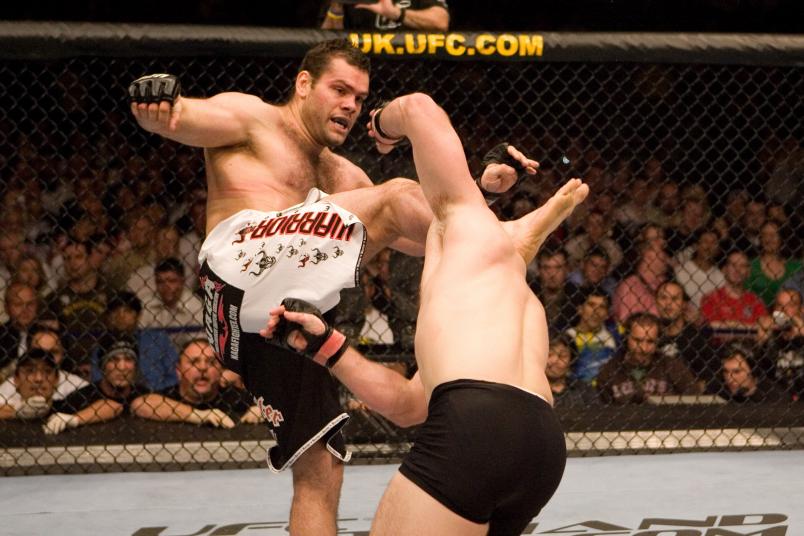 Gonzaga came out of his corner determined to fight, and he immediately started tossing out range finding punches as he stood in the pocket with the feared striker.  Cro Cop took his time while looking for an opening, but when he threw his first big kick to the body, Gonzaga was able to grab his opponent’s leg and take him to the canvas.  On the mat, Cro Cop tried to keep his cool in an attempt to force a standup, but Gonzaga would have none of it as he fired away with forearms to the head, one of which opened a cut on the Croatian’s forehead.  With 35 seconds left, apparently Cro Cop got a reprieve, but instead, he was sent crashing to the mat with a single right kick to the head at the 4:51 mark, throwing the arena into shock as the next challenger for the heavyweight crown was determined.
WATCH ON UFC FIGHT PASS

Who dared lost in the heavyweight bout between former UFC heavyweight champion Andrei Arlovski and Octagon newcomer Fabricio Werdum, as Arlovski won a unanimous decision in unspectacular fashion, while the Brazilian Jiu-Jitsu Black Belt opted to stand and make a fight of it, but to no avail on the judges’ scorecards. 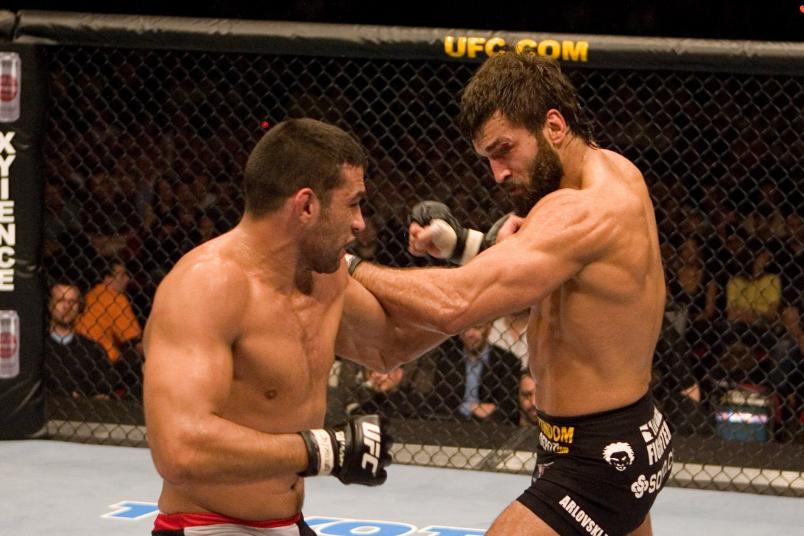 The Great UK Hope, Liverpool’s Michael Bisping, lived up to expectations in his light heavyweight bout against UFC gatekeeper Elvis Sinosic, bookending some rocky moments in the second round with a dominating performance that earned him a second round TKO win.

As promised, Sinosic came out swinging, and Bisping eagerly obliged, firing back before throwing the Australian to the mat.  Bisping followed his foe to the canvas and ferociously attacked with both hands, much to the delight of his roaring and chanting hometown fans, and within the next couple of minutes, “The Count” kept the pressure on, knocking Sinosic’s mouthpiece out and opening up a cut on his forehead.

Gamely, Sinosic came out for the second round, and he nearly hit pay dirt, knocking Bisping down with a knee to the head and then almost securing a kimura lock.  But just when it appeared Sinosic was on the verge of the upset, Bisping turned the tables, got in his opponent’s guard and pounded away with both hands until referee Steve Mazzagatti halted the bout at the 1:40 mark.
WATCH ON UFC FIGHT PASS

Light heavyweight contender Lyoto Machida kept his unbeaten record intact by outpointing David Heath, but the fans were less than thrilled with the bout, which was serenaded with boos for the majority of its 15 minutes due to a lack of action.
WATCH ON UFC FIGHT PASS 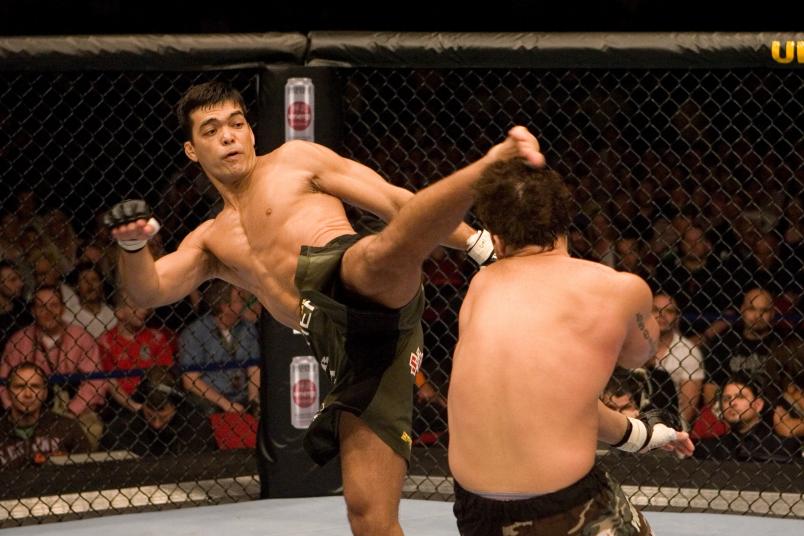 It took 13 years for him to get here, but London-based Frenchman Jess Liaudin proved that he was no “Joker” as he made the most of his UFC debut by submitting Germany’s Dennis Siver in just 81 seconds.
WATCH ON UFC FIGHT PASS

Walsall, England’s ‘Relentless’ Paul Taylor got the crowd into UFC 70 immediately with a third round TKO of previously unbeaten Edilberto Crocota in their welterweight opener.
WATCH ON UFC FIGHT PASS