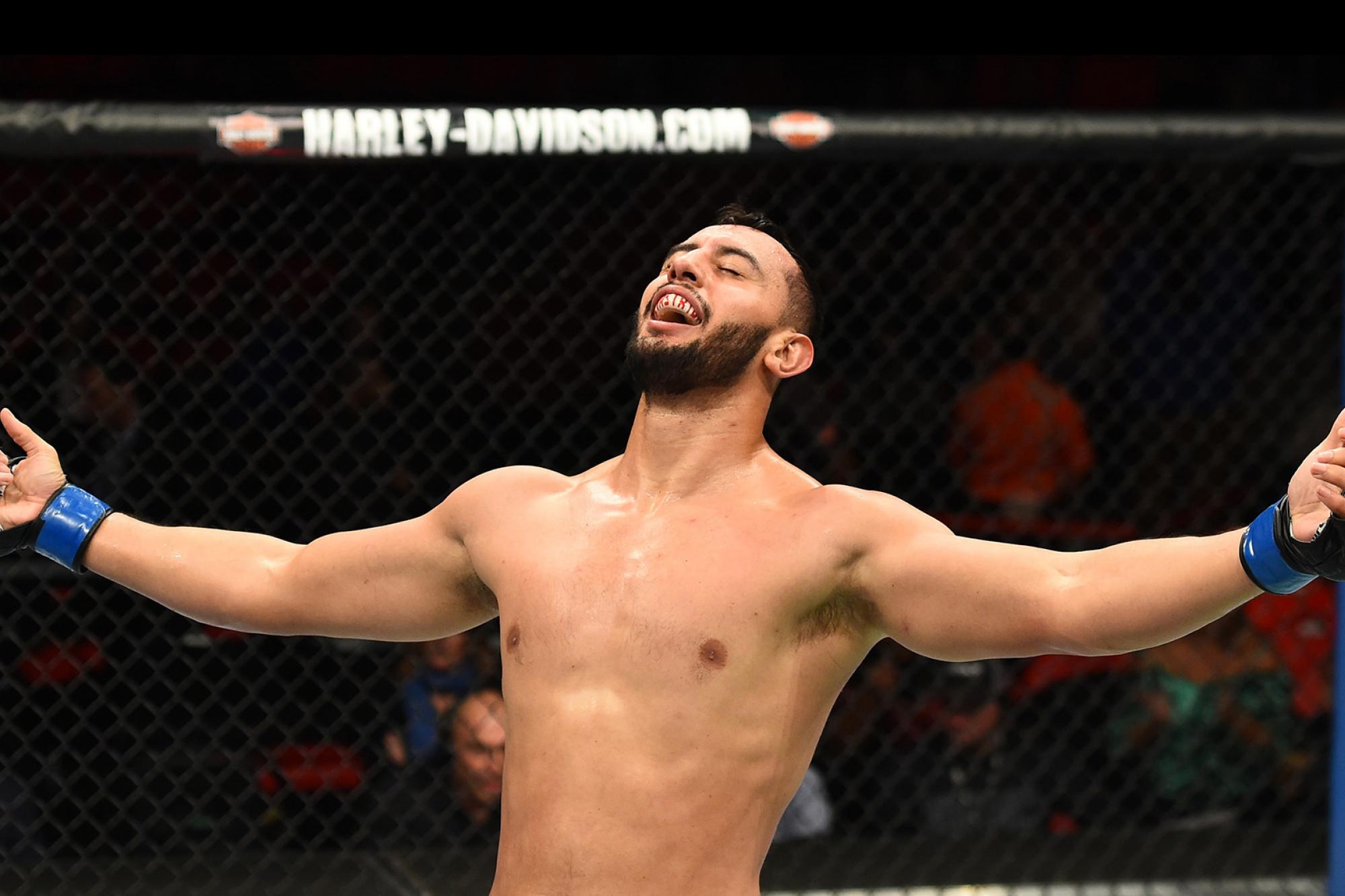 Reyes Wants To Showcase That He's A Complete Fighter

When it comes down to it, a fight’s a fight, no matter the location. There are exceptions to that rule, though, and when light heavyweight contender Dominick Reyes found out he was fighting Volkan Oezdemir in London, a town that loves its fighting, he was over the moon.

Catch Reyes In London, Only on ESPN+ | Start Your Free Trial Now

“It’s huge, man. I love it,” Reyes said of the Saturday bout. “The more invested the mob is, the better. I see it as a mob, the old gladiator days. You’re there to entertain them, and they’re rowdy, raucous people that love fighting and love watching good fights. And I intend on showing out for these guys. When I found out it was London, I was grinning from ear to ear. I get to fight in London? Who gets to say that? How many people alive have been able to say that? It’s a huge opportunity against a great opponent, a guy that likes to bang, so it’s gonna be a lot of fun.”

It’s been all fun for Reyes thus far as a pro. Unbeaten in ten starts, the 29-year-old scored first-round finishes of Joachim Christensen, Jeremy Kimball and Jared Cannonier in his first three UFC bouts before being forced to go the distance with Ovince Saint Preux in his most recent bout in October. 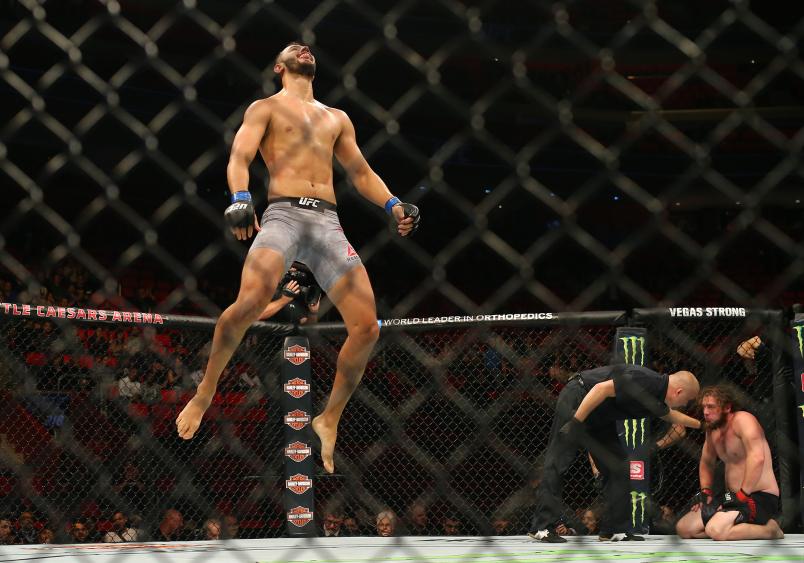 That may not have been the quick finish he wanted, but he shut OSP out and it did show “The Devastator” in a different light, one in which he proved that if he has to go into deep waters, he can swim. That’s kind of cool, though I struggled with finding the right word to describe that, because is it really cool to go 15 minutes with another man in a fight?

“I would say it was cool,” Reyes laughs. “It was definitely cool to be able to go 15 with OSP and I feel like I didn’t lose a second of that fight. That was an eye opener for me where I was like, okay, I am who I think I am.”

The decision win also dismissed the notion that Reyes would be lost if taken out of the first round by a veteran 205er.

“It silenced a lot of critics, in my opinion,” he said. “I showed that I can do anything. We didn’t go to the ground because I didn’t want to go to the ground, but I could defend a takedown, I could wrestle, I could strike, I could stay composed. It showed the full range of my fighting skills and fight management more than anything.”

And when it was over…

“I can do this with anyone now. It was more of a who’s next?” 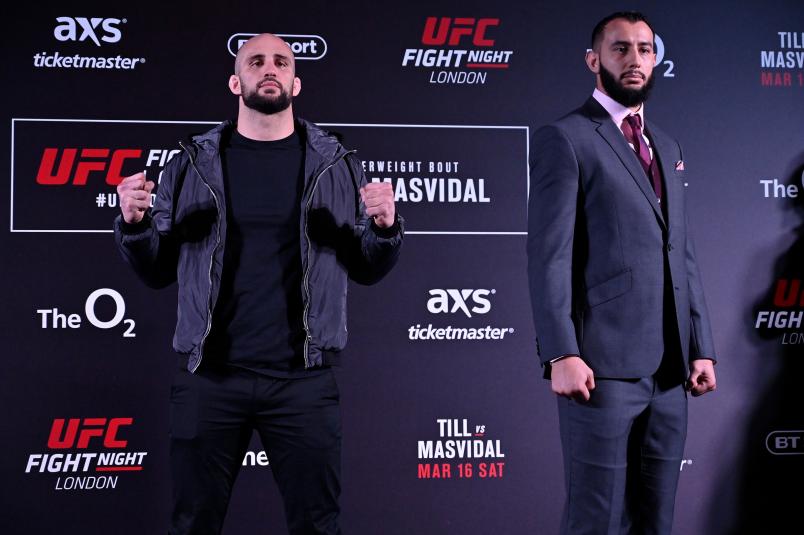 The sixth-ranked Oezdemir is next, and Saturday’s bout will be another barometer of where the eighth-ranked Reyes sits in the 205-pound weight class, one that has gotten a lot more exciting in the past year thanks to the emergence of Reyes and peers like Johnny Walker, Corey Anderson, Thiago Santos and Anthony Smith. But don’t call it a comeback for the light heavies, says Reyes.

“I still think the division’s underrated,” Reyes said. “And a lot of that’s just out of sheer ignorance. Whoever’s at the forefront, they’re all about that person. Right now, it’s all about Johnny and we all love Johnny Walker. Then when I fight, oh, Dominick Reyes. Corey Anderson fights, oh, we love Corey Anderson. It’s kind of funny, but it’s kind of irritating because people don’t look at the whole division and what’s actually going on. There are a lot of guys coming up. But all I know is what I can control and that’s my performance. Overall, it’s always an honor to fight in the light heavyweight division. I still believe we’re the premier division. Every time there’s a light heavyweight fight, I know everybody watches it because anything can happen at any second. We’re fun to watch and there’s a lot of young guys coming up that are very explosive and fun to watch. I think in the next year we’ll have a clearer picture of the division when I’m champ.”

See what he did there? But there’s nothing wrong with that, because in this sport, who dares wins, and if Reyes keeps rolling like he has been, a shot at Jon Jones’ title may come sooner rather than later. In the meantime, a gladiator takes to the Octagon on Saturday night. So does he get the thumbs up or thumbs down?

“I get the thumbs up every time I fight,” said Reyes. “And I don’t intend for that ever to change.”