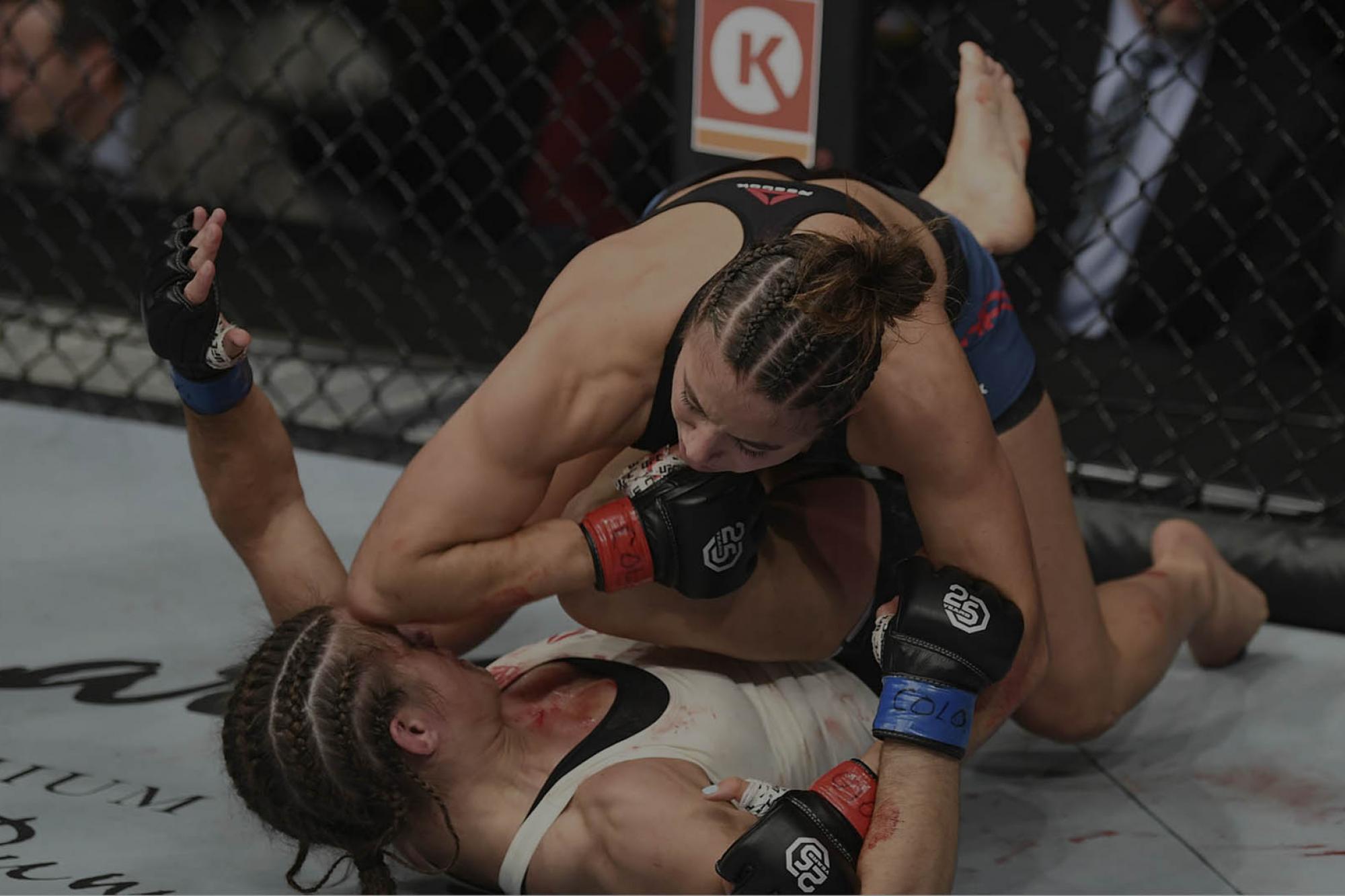 On The Rise: Nashville

This weekend, the Octagon returns to Bridgestone Arena, home of the NHL’s Nashville Predators, for a 13-fight card capped by a compelling welterweight showdown between MMA ninjas Stephen Thompson and Anthony Pettis.

While the main event is sure to get the fans in “Smashville” on their feet as “Wonderboy” and “Showtime” trade kicks in the center of the cage and look to end the fight in spectacular fashion, the true strength of Saturday’s event is the depth of talent dispersed throughout the lineup and the wealth of compelling emerging names set to compete on the March 23 event.

Here’s a closer look at three of those up-and-comers you should really key an eye on going forward.

This is the UFC Nashville edition of On the Rise.

The 20-year-old Barber is one of the brightest prospects in the sport and has designs on being the youngest champion in UFC history. She started down that path in impressive fashion, debuting close to home in Denver, Colorado with a second-round stoppage win over Hannah Cifers that lifted her record to 6-0 as a professional, with each of the last four victories coming by way of stoppage.

That contest took place at strawweight and Barber was the last person to step on the scale during the Friday morning weigh-ins, clocking in at 116 pounds. Although she looked good and got the victory, Barber has since decided to relocate to the flyweight ranks, where she gets the opportunity to make an instant impression against a fellow Colorado-based fighter moving up with the intention of making a splash in her new surroundings.

Saturday night in Nashville, Barber opens the main card in a showdown with TUF 23 alum JJ Aldrich, who has won three straight and five of her last six since her time on the long-running reality TV competition.

The 26-year-old Aldrich, who trains alongside strawweight champ Rose Namajunas at the 303 Training Center, is the toughest, most experienced opponent Barber has faced to date and this fight will serve as a tremendous way to gauge where the talented prospect stands in her development and quest to make history in the Octagon.

Aldrich has only lost twice as a pro and has made clear and obvious improvements since entering the UFC, so if Barber can stroll into the cage and maintain her winning ways without any real issue while moving up a division, it will further underscore that being nicknamed “The Future” is fitting.

And if she does waltz into the cage this weekend and halt Aldrich’s winning streak while extending her own, the final few seats on the Maycee Barber Bandwagon will disappear quickly, so claim them now… while you still can! 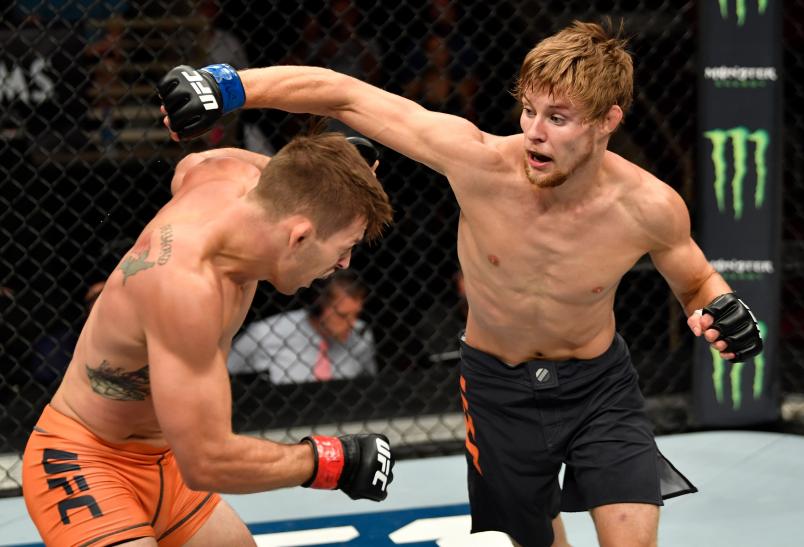 The “bronze medalist” on Season 27 of The Ultimate Fighter, Mitchell pushed his record to 10-1 in his promotional debut, defeating fellow Team Cormier fighter Tyler Diamond by majority decision to claim the third place on the featherweight side of the competition.

Of everyone on the show that season, Mitchell might have had the most difficult path, having faced Jay Cucciniello in the opening round before running into eventual winner Brad Katona in the semis. Setting that setback aside, “Thug Nasty” rebounded nicely, edging out Diamond over the first two rounds before holding on down the stretch to secure a victory in his UFC debut.

Now the 24-year-old fighting out of Searcy, Arkansas has an opportunity to take a considerable step forward in his career with a sophomore assignment against “The Wolfman,” Bobby Moffett on Saturday.

Another member of the deep lighter weight ranks at The MMA Lab in Glendale, Arizona, Moffett has posted four straight victories heading into this weekend’s engagement with Mitchell. While his UFC debut ended in controversy, Moffett showed in his meeting with Chas Skelly that he’s more than capable of hanging at this level and represents the toughest test to date for the energetic newcomer.

Featherweight is brimming with talent at the moment, which makes it hard for those at beginning of their UFC journeys to really make waves, but if Mitchell can come away from Nashville with a win over Moffett under his belt, he’ll establish himself as another talented young name to track in the loaded 145-pound weight division as the second quarter of 2019 draws closer.

One of a handful of fighters to earn two wins on the Contender Series, Espinosa arrives in the UFC on a four-fight winning streak and boasting just a single loss in his last 11 outings.

On the first season of the entertaining Tuesday night series, Espinosa settled his differences with fellow New Mexico product Nick Urso, whom he’d fought to a no contest 18 months earlier, by submitting the long-time Jackson-Wink representative in the first round. After posting a split decision win over fellow season one alum CJ Hamilton, Espinosa returned in season two, scored a third-round stoppage win over Rilley Dutro and secured an invite to compete inside the Octagon.

This weekend in Nashville, he’ll open the show in an immediate “find out where you fit” matchup against Eric Shelton, a former TUF contestant who has gone 2-1 in his last three appearances after beginning his UFC career by landing on the wrong side of consecutive split decision verdicts.

Shelton is steadily improving and solid everywhere, so Espinosa will have to be at his best in order to secure the victory. Should that come to pass, the 29-year-old will put himself in position to receive another step up in competition when he’s ready to make his sophomore journey into the UFC cage.