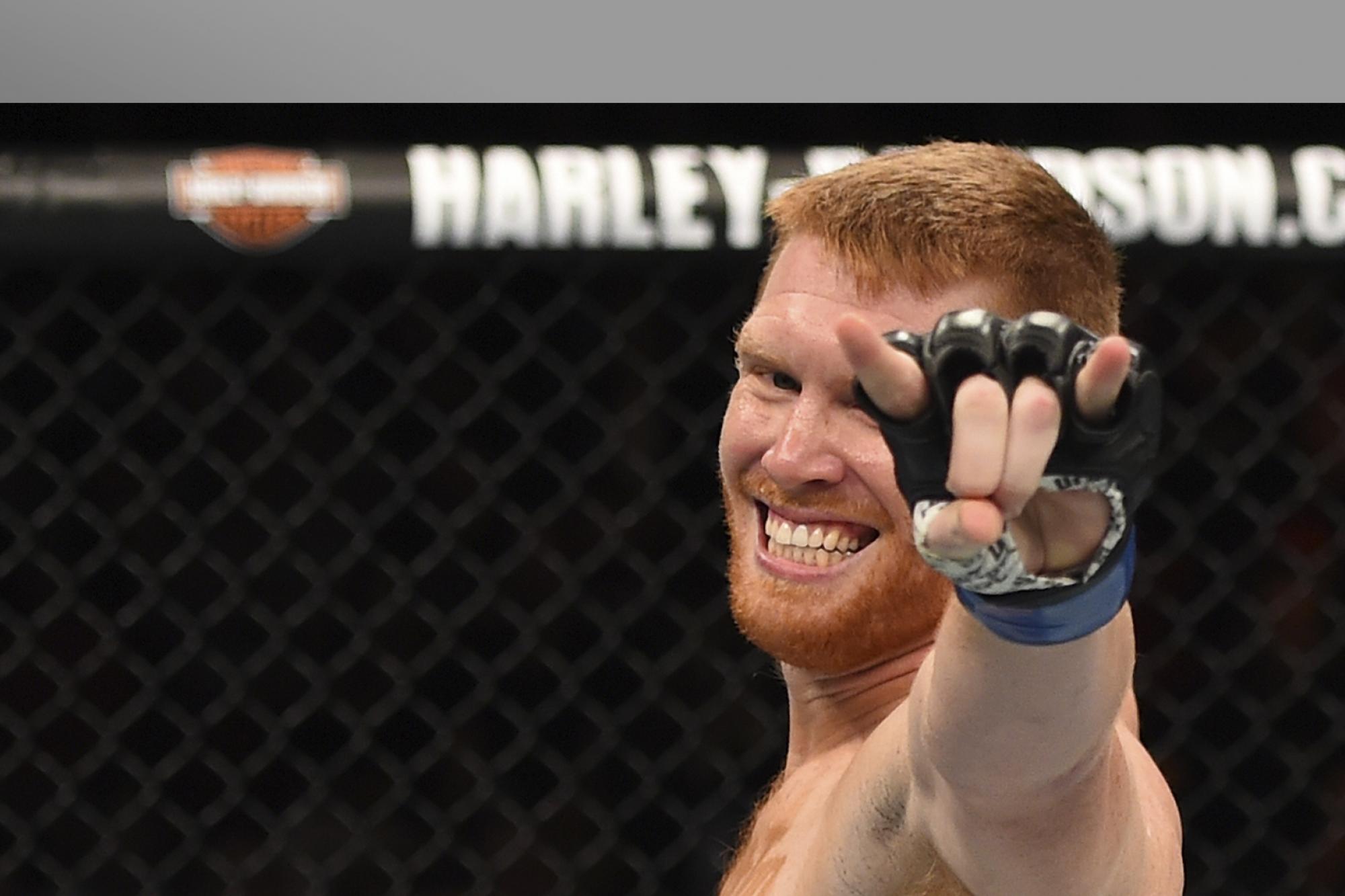 On season 16 of The Ultimate Fighter Sam Alvey held back an angry Julian Lane in the TUF house in a moment that became an instant classic for the show.
By Walker Van Wey • Jun. 17, 2020

They really don’t come much more opposite than Sam Alvey and Julian Lane. One known for his smile and sportsmanship, the other known for one of the most notorious meltdowns in the history of The Ultimate Fighter. It’s such an unlikely pair that history has largely forgotten that while Lane was on the verge of destruction, Alvey was right there with him from beginning to end.

Alvey, the number one overall pick on TUF 16, valued being on camera as much as he enjoyed mental stimulation. The problem was it was a season that featured one of the coaches encouraging their charges to disobey Dana White’s instruction to put on more exciting fights. As a result, there was one submission and one KO throughout the whole show and only two fighters are still in the UFC today.

And there was very little happening, in or out of the Octagon.

Alvey’s boredom took a sharp turn one night when a drunken Julian Lane had an explosion that still echoes in TUF fans’ ears to this day.

“Our season wasn’t very memorable except for ‘Let me bang, bro,’” Alvey said. “That might be the most memorable moment of all of TUF.” 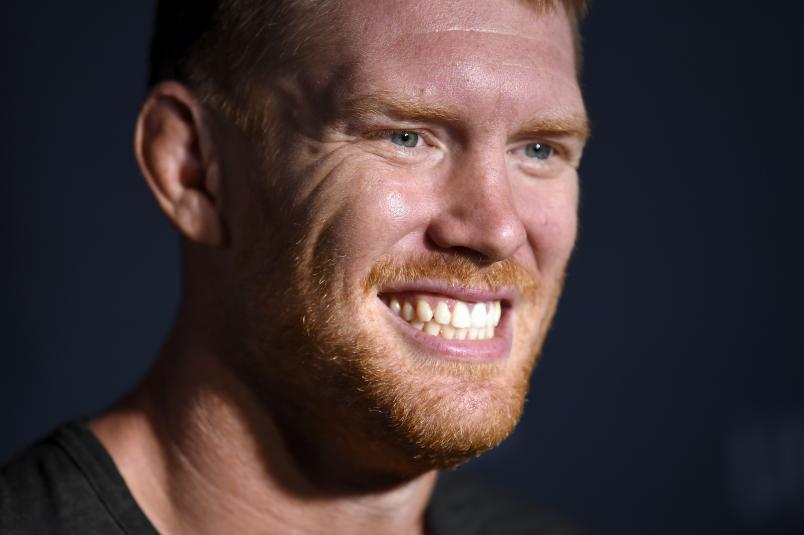 When a conversation between Michael Hill and Neil Magny began getting out of control, Julian Lane of Team Nelson was seen approaching Dom Waters. Within the chaos, Lane mistook something Waters said to Hill for a shot at him. Because Lane was nobody’s fool and already out of the competition, he demanded a fight with Waters.

Waters was more than willing but the fight was broken up and he was escorted in the house to calm both fighters. Out of sight, out of mind, right?

Lane was in the hallway of the TUF house punching canvases, slamming his head against the wall, running hot and restrained by only two men, Colton Smith and Sam Alvey.

Lane’s rage may have had many fighters and fans watching convinced he was on a warpath about to wreck everything and everybody in his path, but the nicest man on the UFC roster wasn’t fooled.

“I was never worried about him hitting me,” Alvey said. “I don’t want to say most, but a lot of fighters are similar to him. Get a little bit of liquor in them and then they get real tough and almost nothing ever happens from it, especially with all the cameras on. 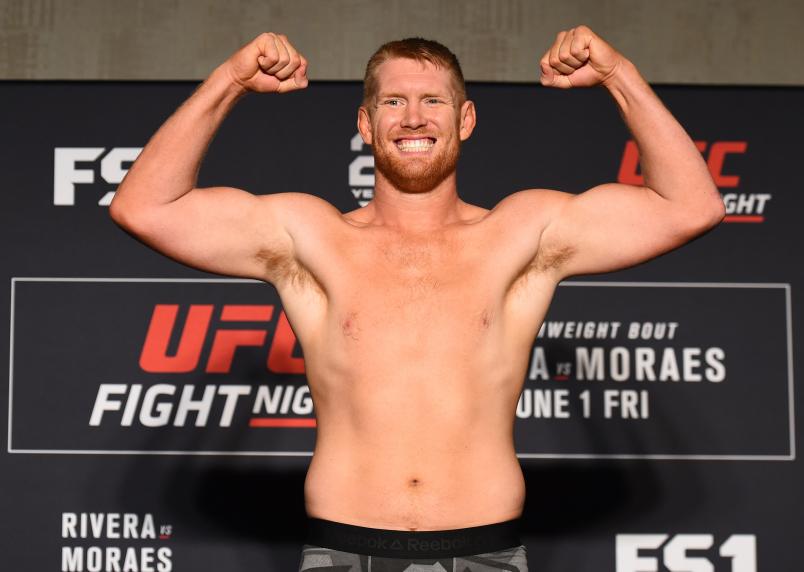 Despite the fact that the MMA community is still a pretty small world, Alvey had never met Lane before. Both had been long since removed from the competition so neither man really had much to lose if Lane were to “bang” as he had wanted to, but being on a reality show provided certain perks Alvey just couldn’t turn down.

“There were cameras rolling!” Alvey laughed. “I wanted to be where the cameras were!”

The incident definitely landed Alvey on camera. In fact, to this day, he sees screenshots of the incident tweeted out with the all too familiar caption, “There’s Smile’N Sam, not smiling!” It was so monumental it defined the entire season. As Alvey recalls it, though, in real time it had a rather underwhelming shelf life.

“Honestly, as soon as it was over that night we didn’t think much about it,” Alvey said. “I had no idea until it came out on TV and that’s what every meme is and, like I said, it’s one of the most memorable moments in all of the Ultimate Fighter. Once it came on TV, that’s when I knew that this was going to stick for a long time.” 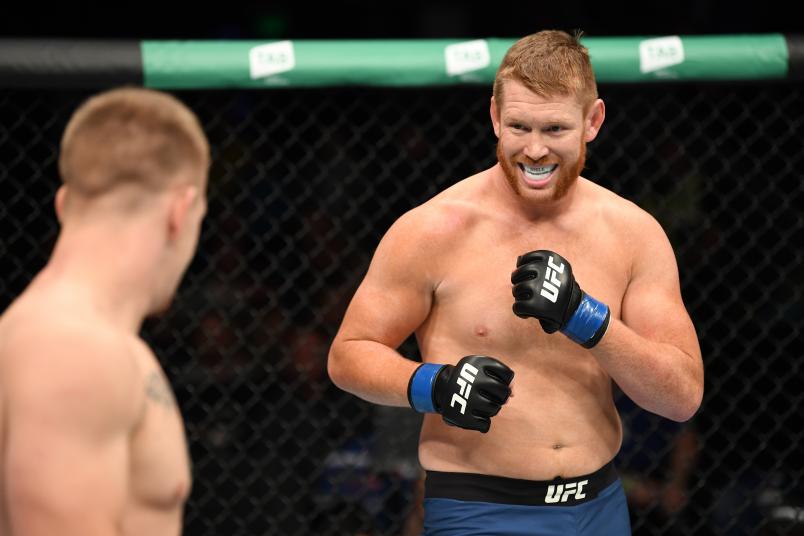 As time marches on it becomes less and less remembered that Alvey shared screen time in the most famous TUF moment out there. Now that the fight world has seen the clip in its entirety, the quote has become recognizable enough that it doesn’t need the revisit to identify Alvey. That level of infamy is reserved for the most obnoxious of moments and while Alvey agrees it does fit the description of “complete meltdown,” it’s almost a shame that’s the moment that has defined Lane.

“It was really just that one night of the entire season,” Alvey said. “He’s owned it since then. It’s still a big deal, but it really wasn’t him; it was just a bad day.”

Whatever it may be, the moment landed Lane in UFC folklore and is likely to be quoted until the end of time and, for better or for worse, it is a moment that will make Julian Lane a recognizable name until well after his retirement.

For Julian Lane and every other moment from TUF 16 and beyond sign up TODAY for UFC FIGHT PASS!