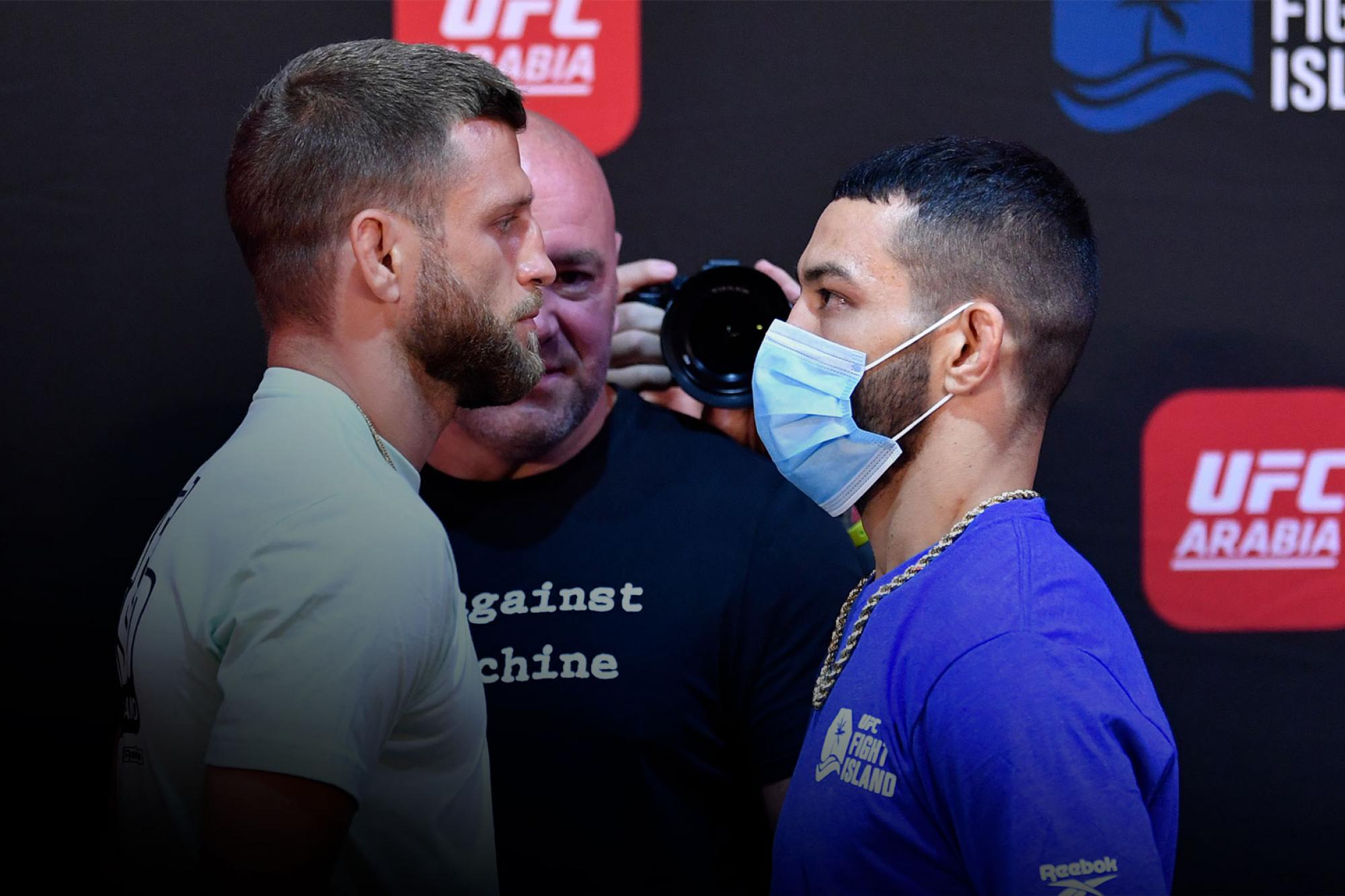 Take a deep dive into the key stats of some of the biggest upcoming match-ups at Fight Island on July 15
By Zac Pacleb, on Twitter: @ZacPacleb • Jul. 14, 2020

The second card in five days goes down on Fight Island this Wednesday as a pair of featherweights looking to break into the division’s elite headline the action. Plenty of other action-packed matchups decorate the midweek card, including flyweights trying to gain traction in the wide-open 125-pound landscape and a pivotal matchup at the edge of the bantamweight’s top 10 picture.

(All stats according to UFC’s Record Book and Fight Metric as of July 14, 2020, and only include active athletes in their respective division unless noted otherwise)

What It Means: One of the smoothest boxers on the roster, Calvin Kattar has a deft ability to keep his foes on the end of his punches. He is long for the division at 5-foot-11 with a 72-inch reach, and he can shift with his combos well at distance and inside the pocket to deliver an accurate, fight-altering strike.

What It Means: Dan Ige is always down for a scrap. Composed and well-rounded, he packs real power in his punches and, with a 71-inch reach compared to his 5-foot-7 frame, he is deceptively long when advancing. His wrestling background allows him to mix things up well and change levels, but he’s an all-action kind of fighter wherever the fight goes.

What to Look For in the Fight: The general consensus has this pivotal featherweight matchup likely playing out on the feet, but Ige’s grappling acumen (Division-III wrestling and a Brazilian jiu-jitsu black belt) provides a wrinkle in the exchanges if Kattar starts to distance himself with his striking. Kattar’s takedown defense has proven tough enough to keep opponents honest, and Ige’s current streak has shed light on his ability to adjust on the fly and find his path to victory. Kattar likely has the technical edge in striking, but both men carry real knockout power and a penchant for ending fights before the final horn.

What It Means: Tim Elliott is a tough, game fighter who likes to grind guys down with high-paced wrestling and isn’t afraid to take a few shots in order to impose his own will. He keeps a frenetic tempo to his attack that can overwhelm his opponents at times, and the former title challenger is always up for a tough bout.

What It Means: With eight knockouts to his name, Ryan Benoit is a true knockout artist at 125 pounds. He is a difficult fighter for most to face and often participates in highly competitive fights, evidenced by his record, which shows a split decision in each of the three times a bout has gone to the judges’ scorecards.

What to Look For in the Fight: It’s a mostly clear striker-vs-grappler matchup, though Tim Elliott hasn’t shied from throwing hands a bit if the occasion presents itself. With both men coming off a loss in the wide-open flyweight division, a statement is available to be made with a definitive win. The matchup, regardless of where it mostly plays out, should be a competitive and high-paced affair like many of the better flyweight bouts that take place. 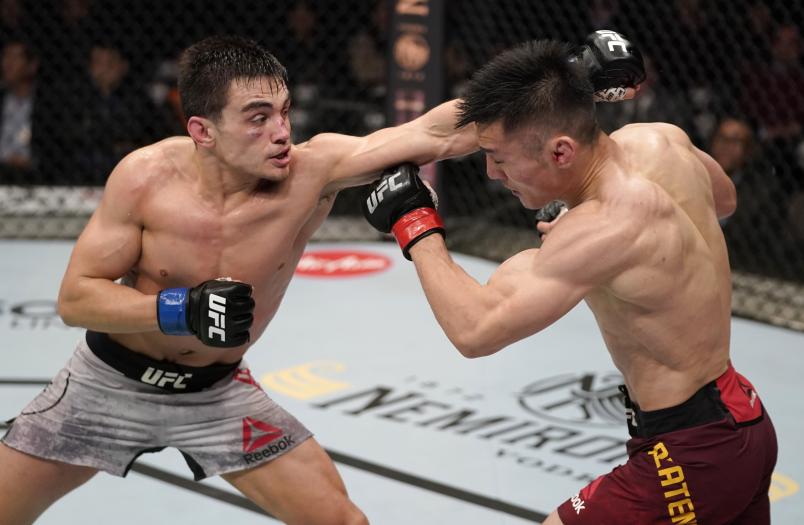 What It Means: Jimmie Rivera’s quick, constant movement and strong takedown defense makes him a tough out, supported by a record showing only one stoppage loss in his career. His twitchy footwork and ability to scramble through transitions often forces his opponents to work for every positive moment in the fight, but his cardio and diversity of attack keeps Rivera’s opponents off-balance as they advance.

What It Means: Cody Stamann’s bulky frame makes his powerful, grinding grappling style all the more imposing, and he can often swarm his opponents over the course of an entire fight. His strong cardio and impressive frame make life difficult for opponents who’d rather stand and trade. While he is capable and smart when striking, his world is definitely when the fight is against the cage or on the canvas.

What to Look For in the Fight: Rivera’s strong takedown defense is going to strongly test Stamann’s takedown ability, and if Rivera can fend Stamann off, then what transpires on the feet is going to be an interesting test case for Stamann’s path forward in the division. Both athletes are able to work for an entire three rounds of action, but the fight taking place at 145 is something to be taken into account in terms of how it might impact the cardio of each competitor.