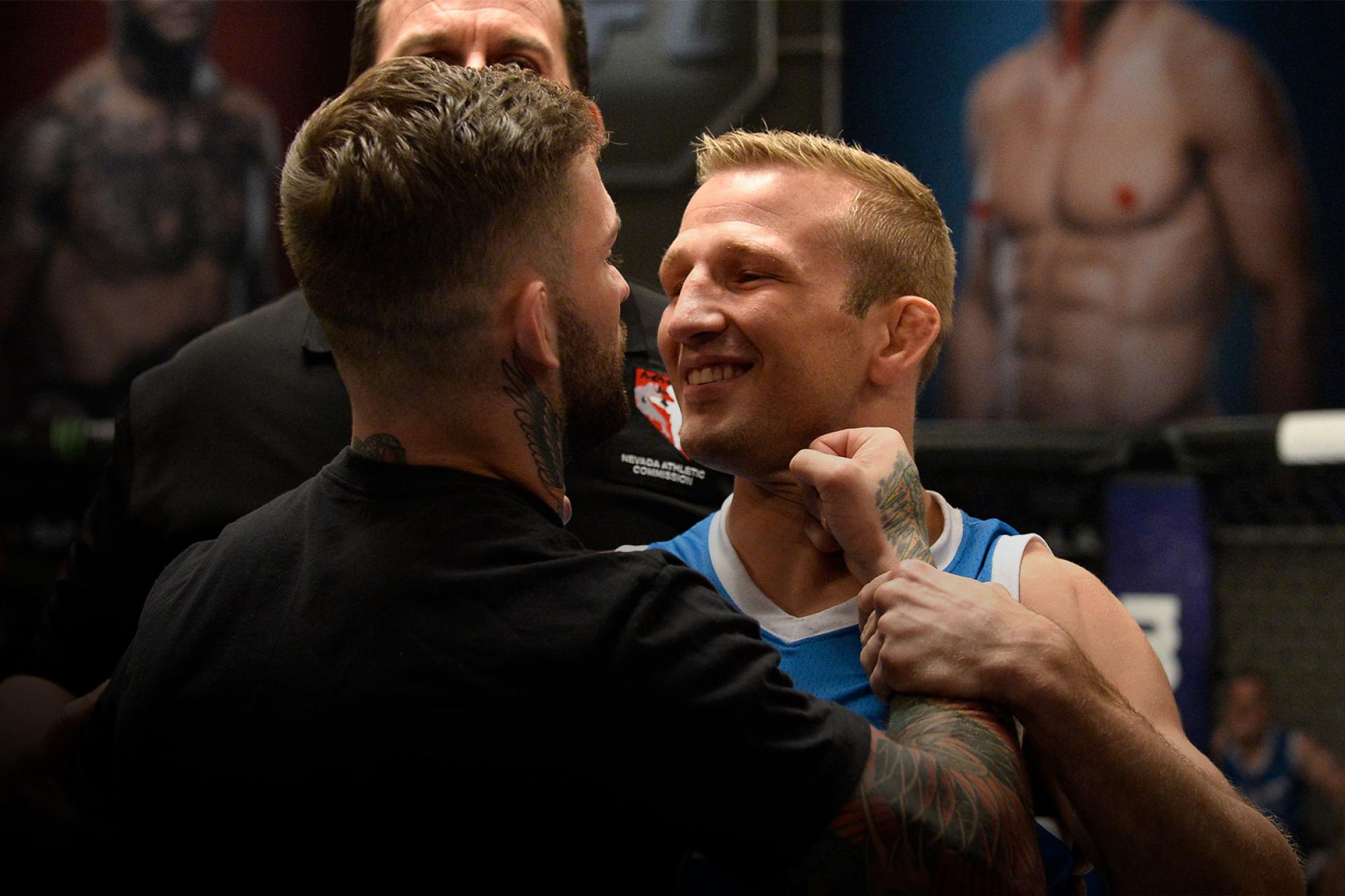 A season packed with bad blood featured one kind-hearted moment between TJ Dillashaw and his team
By Walker Van Wey • Jun. 25, 2020

Tucked inside one of the most hostile seasons of The Ultimate Fighter was a heart-warming moment that involved a birthday card, glue and the body hair of eight men.

If you didn’t know about the bad blood between Cody Garbrandt and TJ Dillashaw before TUF 25 premiered, it took about three seconds before you found out.

While it was the redemption season and most fighters knew and acknowledged this was their last run at a UFC contract, the story seemed to be centered around the next dust-up Garbrandt and Dillashaw would inevitably have. Even the fun-loving Clay Guida was seen separating scuffles from time to time.

The constant clashing made for some great TV but it also left out certain personalities and positive moments.

“For every one thing you saw, there were probably ten things that were hysterical or awesome that you didn’t see that,” said Team Dillashaw member, Tom Gallicchio.

One light-hearted moment that made it perfect for fighters such as Gallicchio to shine did manage to slip the cracks when the fighters had TJ Dillashaw over to the house to surprise him with a homemade birthday card.

Most people would call it good with thoughtful words and signatures, but Team Dillashaw just couldn’t settle for the standard. Gallicchio, Joe Stevenson and Dhiego Lima constructed a card that said, “Being on the other team would be unbearable.” Below the passage was a poorly drawn teddy bear covered in glue for the team to stick body hair on.

“I had more than enough chest hair to make several of those bears,” said Gallicchio. “When TJ got it he said he loved it.” 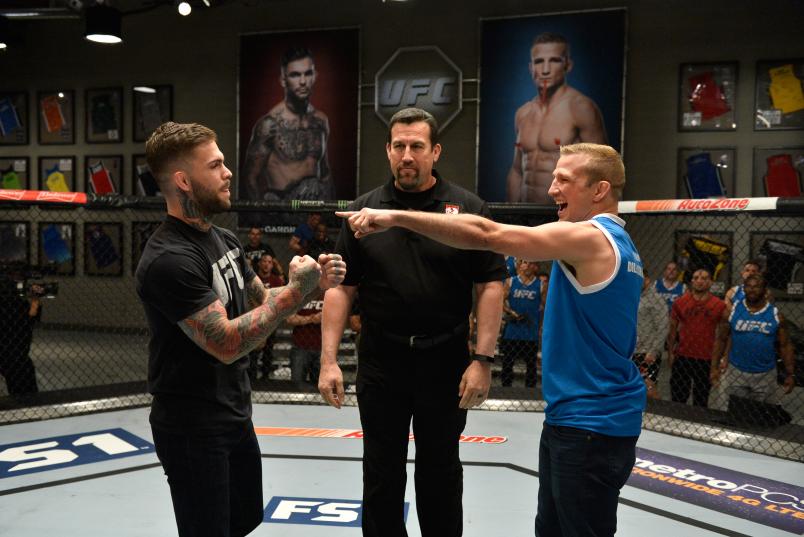 While Dillashaw did love and appreciate the gesture, he was appropriately grossed out by the card.

In the midst of being grossed out, one thing that struck TJ was the wide array of personalities that chipped in body hair for the card. The fact that they all came together impressed the head coach.

“Guys like Gilbert and James Krause, those guys seem like they’re pretty normal, right?” Dillashaw explained. “You’ve got the Jesse Taylors, the Toms, those are no brainers for something like this, right? You’ve got Joe Stevenson, I’m sure he was down to do it, but then there were some people where I was just like, wow.”

Gallicchio recalled the challenges of getting members such as Gilbert Smith to contribute, and he thanked peer pressure for getting others to join in the cause.

Three years have passed since Team Dillashaw put their hair and soul into Dillashaw’s card, and the whereabouts of it has gone undiscussed amongst Dillashaw and his former team. Gallicchio and crew have been left to speculate as to where it is based solely on their recollection of the card and the reaction it received.

“He said he wanted to get it framed and his wife wanted him to throw it out,” Gallicchio recalls. “I bet ya TJ still has that somewhere. The only reason I could see him throwing him out is because the hair kind of got loose sometimes.”

Much to the chagrin of all who contributed, Dillashaw does confirm he no longer has the card. The card found a home for a handful of weeks but when the season ended, Dillashaw made the decision to part ways with it.

“There’s no way I’m keeping that body hair card,” Dillashaw laughed heavily. “We rented a house in Vegas for about 6-8 weeks while we were coaching The Ultimate Fighter, so from when they gave me the card until we left Vegas is how long it stayed in the house. The wife hated it but it stayed in the house until we decided to jump back into the RV and head back to Colorado.”

Gone or not, Gallicchio’s creation will live on as likely the most unique birthday card Dillashaw will ever get.

Relive all the classic moments from TUF 25 and every other season of The Ultimate Fighter ONLY on UFC FIGHT PASS!