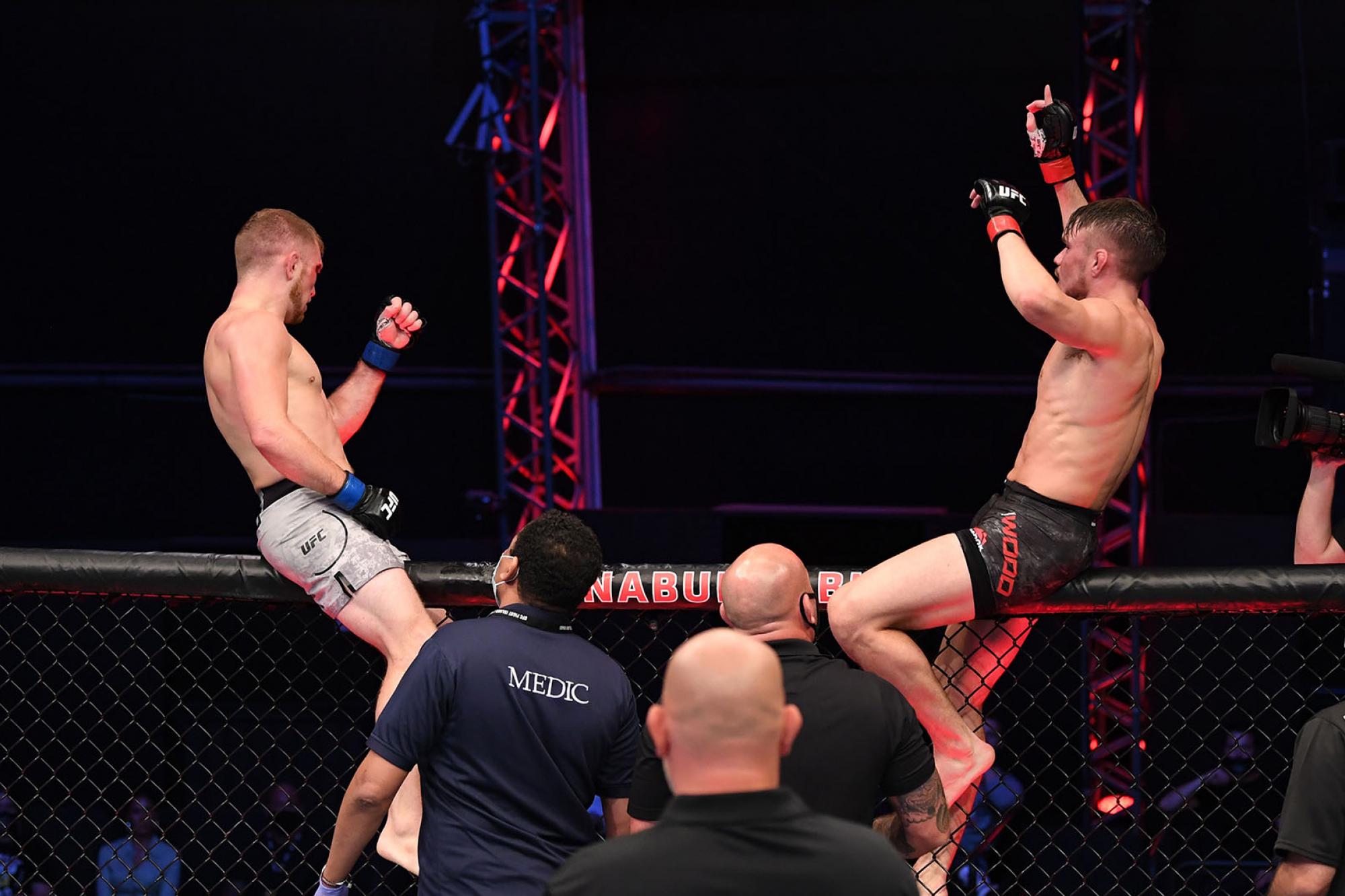 Fight of the Night:

A pair of bantamweight prospects - Nathaniel Wood and Casey Kenney - duked it out at a 140-pound catchweight in a fun, competitive three-round affair.

The fight started with a frantic pace, with both men throwing heavy and often. Kenney, fighting in his second bout in a month, landed the more obvious strikes, but Wood mixed in sharp shots and good movement. The Englishman found his rhythm more in the second round, but Kenney hardly faltered. In the third round, Kenney mixed in some grappling along with a continued high-paced attack, and in the end, the American scored his second win on Fight Island.

Performance of the Night:

Khabib Nurmagomedov capped a legendary career with another dominant performance, submitting Justin Gaethje in the second round and announcing his retirement moments later.

The bout was his first of 2020 after the coronavirus pandemic scrapped the cursed matchup with Tony Ferguson and was also the first since his father and coach, Abdulmanap Nurmagomedov, passed away in July. The emotion was evident immediately following the fight, and in his Octagon interview, the Russian told Jon Anik that there was “no way” he was going to compete again without his father.

His performance was masterful, with Nurmagomedov pressing forward as usual but choosing to exchange with Gaethje a bit and landing solid jabs and knees. Gaethje fired plenty and fended off some early takedown attempts, but at the end of the first round, Nurmagomedov grabbed Gaethje’s legs and got the bout to the mat, nearly locking up an arm bar. The second round opened with a heavy combination from Gaethje, but Nurmagomedov countered a leg kick with a takedown, shifting into full mount quickly. Moments later, he secured a triangle choke to end the bout a little more than 90 seconds into the second round.

Nurmagomedov laid his gloves down in the Octagon, retiring at 29-0 and as one of the most dominant champions the sport has ever seen.

Performance of the Night:

A months-long saga came to an emphatic end as Magomed Ankalaev knocked out Ion Cutelaba in the first round in their rematch to close the book on their rivalry.

The bout contrasted the first greatly in pace as both men were methodical and measured in their approach. Cutelaba pressed forward, but Ankalaev led the dance and constantly circled away from his foe. Ankalaev stunned Cutelaba with a little more than a minute left, and he followed that with a right-left that sat Cutelaba on the canvas. Ankalaev poured on the pressure, eventually tagging Cutelaba with a flurry of ground strikes that stopped the bout, securing his fifth straight win.