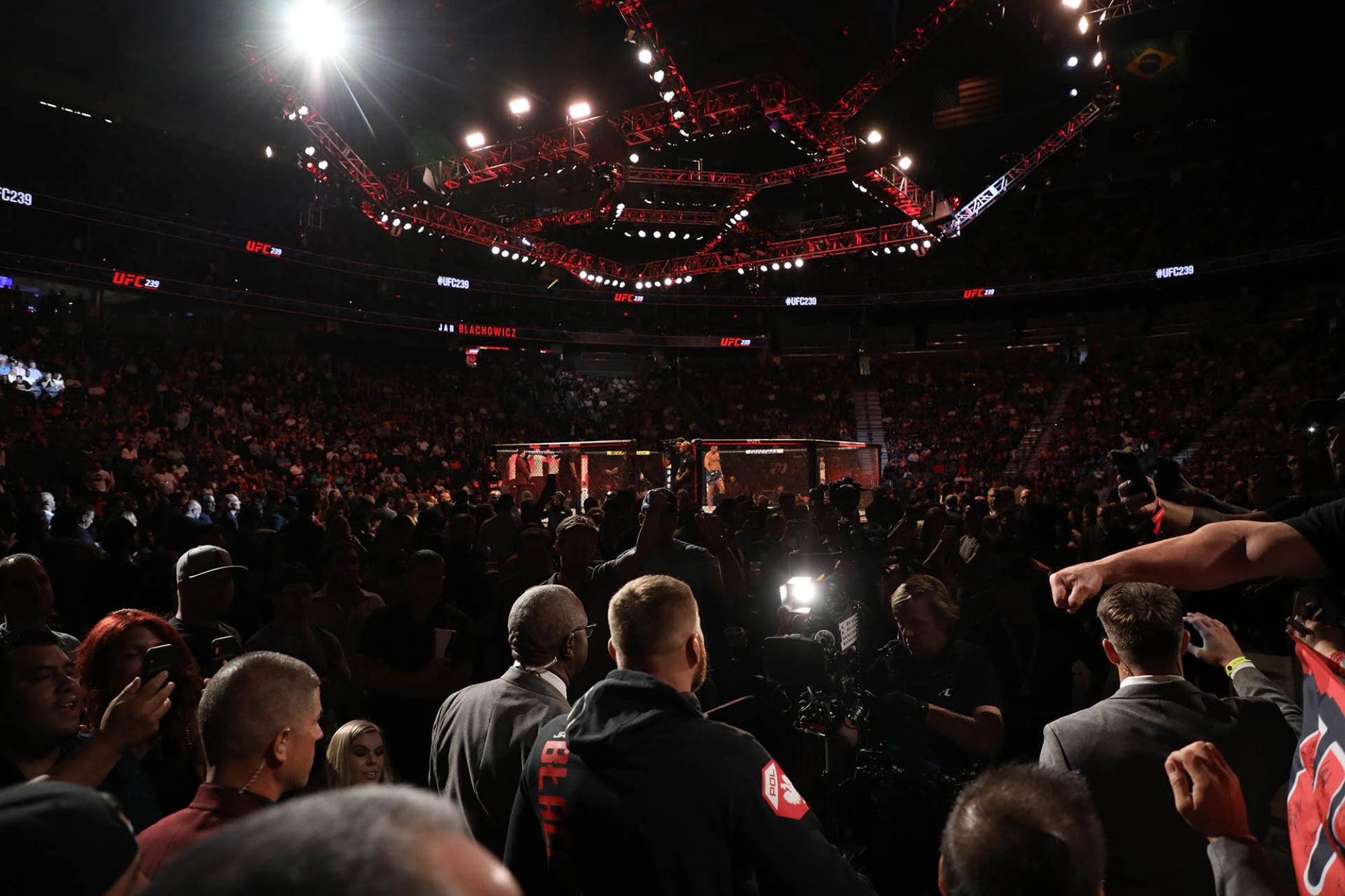 It was an exciting end to the eighth annual International Fight Week, as the UFC’s alliance with Catholic Charities of Southern Nevada turned into a record breaking 50/50 raffle at UFC 239: Jones vs. Santos.

The total amount raised for the raffle was $83,840, with half the proceeds ($41,920) going to Catholic Charities and the remaining half going to the winner, Francisco Nunez of Los Angeles.

Deacon Thomas Roberts, President and CEO of Catholic Charities, a local non-profit whose mission is to serve those in need, regardless of race, religion, or creed, believes the generosity shown at this event through the 50/50 raffle is a huge contributing factor to their success. 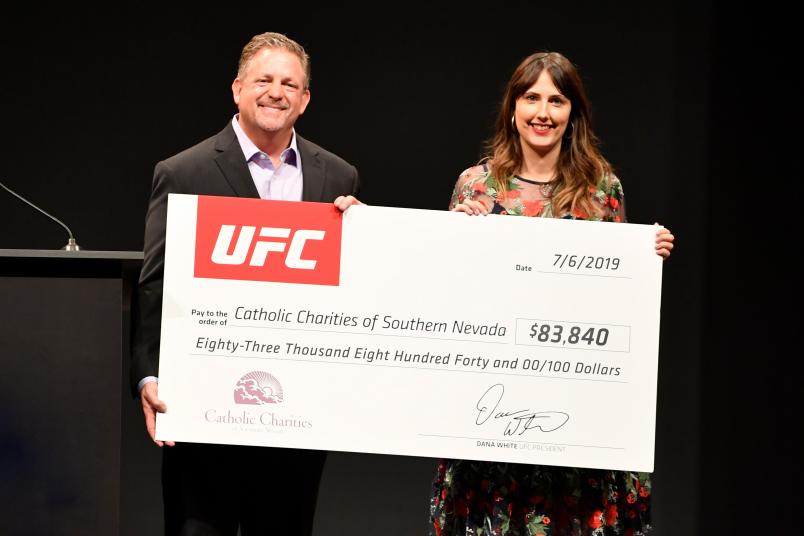 Over the past nine months, UFC has conducted seven 50/50 raffles that have collectively grossed more than $274,000 with net proceeds benefitting local charitable organizations in the cities that host UFC during Fight Week.