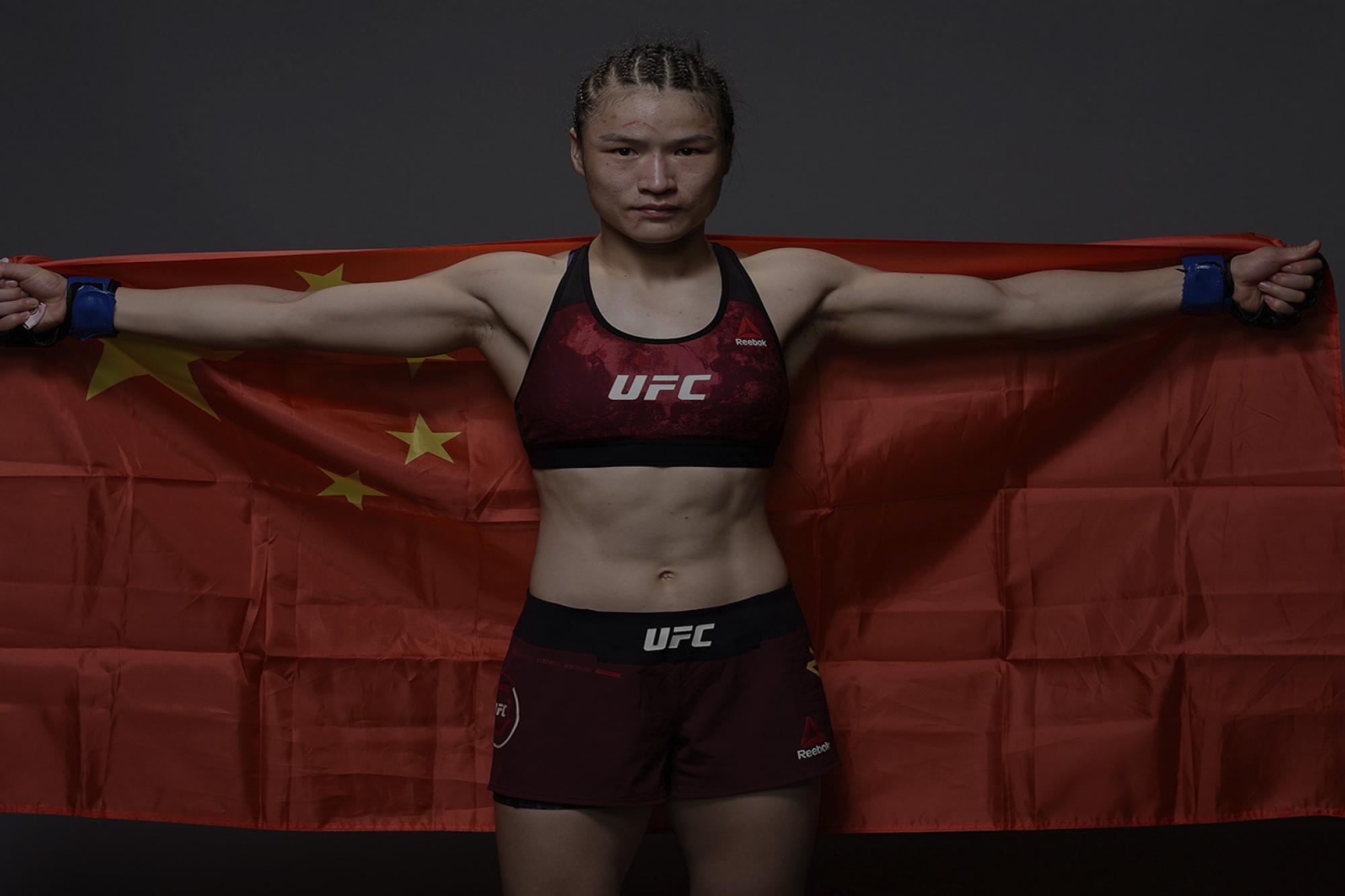 Zhang Embraces Pressure, Uses It To Fulfill Her Dreams

“To be honest, pressure is something that I put on my own shoulders,” she said. “It also becomes my motivation to fulfil my dream to be a great fighter.”
By Thomas Gerbasi • Nov. 22, 2018

Weili Zhang showed up to UFC 227 in Los Angeles with not only a 16-1 pro MMA record, but the high expectations that come with such a stellar slate. But she wasn’t rattled, not in the slightest.

“To be honest, pressure is something that I put on my own shoulders,” she said. “It also becomes my motivation to fulfil my dream to be a great fighter.”

That doesn’t mean it was all sunshine and rainbows for Zhang, who had some hurdles to go through to get to STAPLES Center and her fight with Danielle Taylor.

“The journey wasn’t easy,” she admits. “My head coach couldn’t come due to a visa problem, but this is something beyond our control. Everyone knew this issue would definitely affect my performance in the Octagon, but fortunately, our Chinese UFC fighters that were in the States gave me a lot of support. I’d like to thank them, it was my honor to fight with them. But my team and I always believed that we could win the fight. Since my head coach wasn’t here, we had to choose a more conservative strategy and I felt a little bit of regret, but I will fix this in my next fight.”

She may call it conservative, but her decision win over Taylor was no less impressive, as 16-1 turned to 17-1 over the course of 15 minutes. “Magnum” had arrived, and the anticipation got even higher to see her back in the Octagon for fight number two. 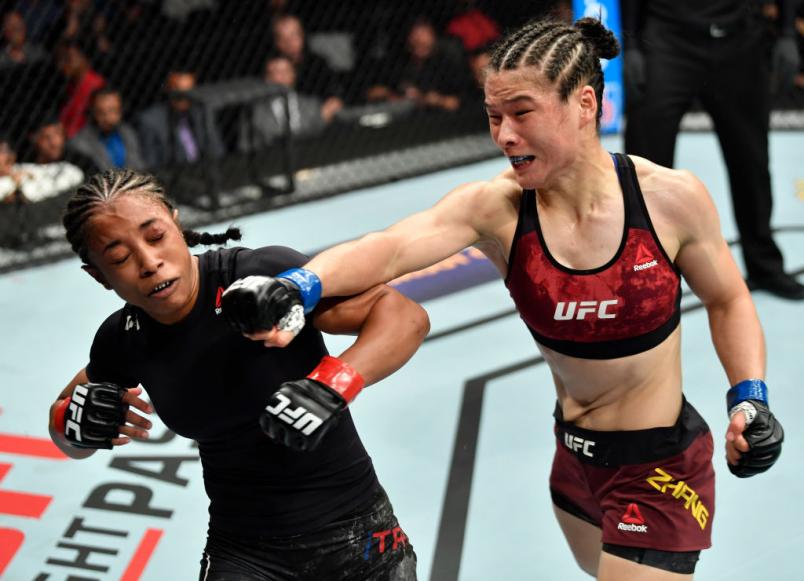 That fight comes this weekend on home turf in Beijing, as Zhang faces veteran Jessica Aguilar. It’s another test for the 28-year-old, but one she is prepared to ace.

“Jessica is an excellent boxer, and she is older than me, which means she is more experienced,” Zhang said. “But my kicks and ground game are better, and I won’t give her much time to adjust in the fight. I think I will finish the fight.”

That confidence comes from finishing 15 of her 17 wins, but Zhang doesn’t chalk up such decisive winning methods to risk-taking on fight night.

“Taking risks is not my strategy,” she said. “But I will grab the opportunity to finish the fight when the time is right. At the highest level of the sport, you cannot rely on luck. So my aggression doesn’t equal taking risks, it needs a clear mind and strong will.”

The results have proven her approach to be correct, and with a win over Aguilar to end 2018, she will set up an interesting 2019, one in which she can begin a march to the strawweight title. If she succeeds, it will be a historic moment for a fighter who began training in MMA after seeing Ronda Rousey and Liz Carmouche make history for female fighters in 2013.

“Ronda has her style and she proved to the world that women can do well and even can do better in the Octagon than men,” said Zhang. “Her performances brought a lot of fans from outside the sports world.”

Zhang may be able to do the same thing in China, where she feels she has had every opportunity to succeed over the course of her fighting career.

“I don’t feel females have any disadvantages compared to males,” she said. “Female athletes will have their role in the family, but it should not affect their career. Women in China have better positions and income than other countries in Asia, and we don’t feel that being a woman will be more difficult than being a man in any way.”

It also helped that from the time she decided to fight, Zhang has had her family in her corner.

“My family gives me full support in my combat sports career,” she said. “They were the ones that opened my eyes to Chinese martial arts and I’m blessed to have a family like this. I think I’m a very good example to express that every girl should pursue her own dream and life.”

And though “living the dream” is a cliché, Zhang truly is pursuing the path she’s thought about for over five years. That’s the goal of every fighter, to control his or her own destiny, and with each passing win, Zhang is doing just that. So is a championship her destiny?

“Chinese fighters are always modest and kind, and we don’t like to run our mouths,” she said. “But on the way to pursue the gold, I will do everything I can. I also believe I have the most potential to reach the gold among all the Asian female fighters. All I need is a chance.”